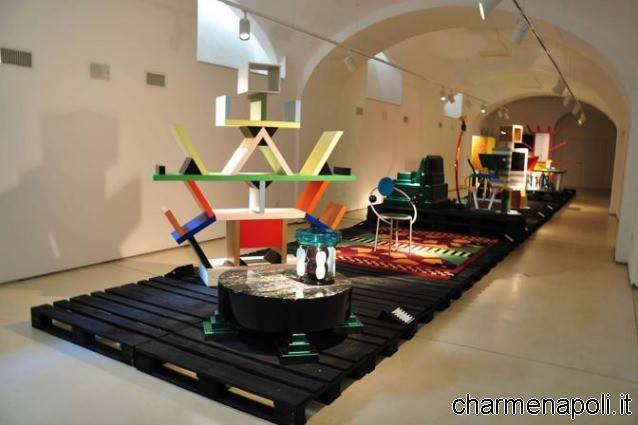 The city of Naples became the undisputed capital of design and new trends in the field of art.
From 8 to 11 October, the city of Partenope will host the second edition of the International Festival of the design, sponsored by the Foundation Plart of Naples.
But let’s see in detail the full program of events planned, which revolves around the core values ​​of tradition, innovation and sustainable development.
To kick off the event, divided in three editions: in October 2014, March and May 2015, will Phenomenal, an interactive project curated by Agata Jaworska and John Innella, presented to the Museum Madre of Naples.
The performance will introduce one of the main themes of the project, one of the multitude, the expression of cultural diversity in a global context marked by the pervasiveness of communication and a production system based largely on language and knowledge.
[charme-gallery]

On this track, the show continues with three Lectures and to address these issues will be on October 8, Chiara Alessi, curator, journalist and author of “After years zero. The new Italian design “published by Laterza; October 9, Marco Sammicheli, journalist and critic, curator of residential design; will follow on October 10 Renato De Fusco, Professor of History of Architecture at the University Federico II of Naples, who will present the paper “Foundation Plart, plastic, art, craft and design”, published by Quodibet.
On the same date, it will be presented the project “Notes Protein” through a conference show conceived by Luciano D’Alessio and The Voices of Sally.
Finally, on 11 October, the theater of the event will be the Academy of Fine Arts in Naples, where, starting from 11:30, there will be a performance “Life and death and flowers”, produced by the CTR Theatre Centre of Research – Venice, with choreography by Atsushi Takenouchi, music Hiroko Komija.
So for fans of the new trends in this field and not only the occasion is one of those not to be missed.