Home News A gouache the Gulf of Naples. Rowing and yole to color the... 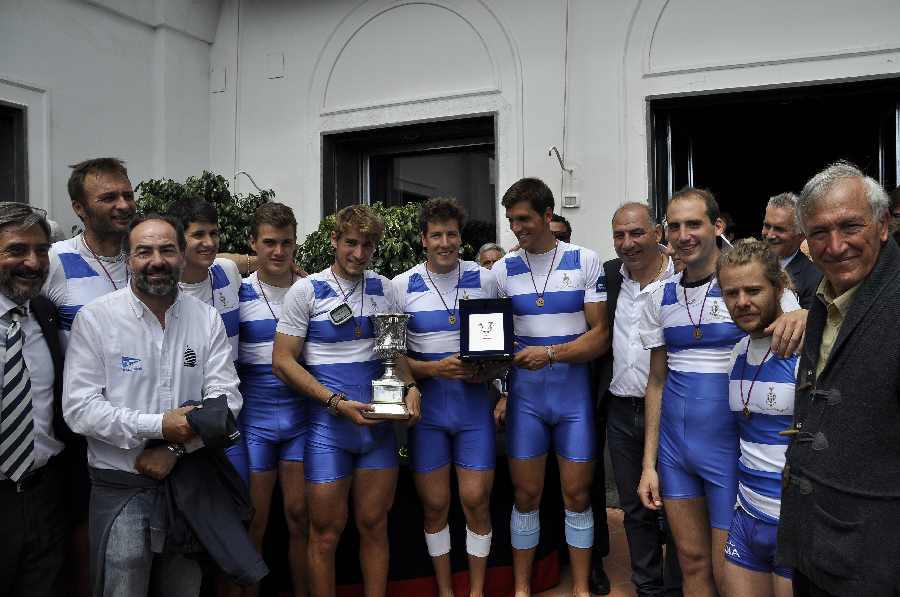 Sunday latter dedicated to the oar on the Lungomare Caracciolo. The waters in front of the Villa Comunale were the scene of the second cup for rowing history in Europe, the Lisystrata . The Trophy for over a century is up for grabs from the Circolo della Vela and Remo Italy , who received it as a gift in the early ‘900 by Sir Gordon Bennett Jr., a tycoon across the Ocean, to thank for the hospitality received in the city . Five weapons in the water to contend for the coveted trophy . All club sons of Vesuvius. Circolo Nautico Posillipo , Naples Rowing Club , the Royal Yacht Club Rowing Savoy, Club Nautico di Stabia and ILVA of Bagnoli . A show at sea. The legendary eight yole , the boats in the planking overlapped , they crossed the sea as cruise ships and long before the finish line, after a long battle with rossoverdi posillipini and the Giallorossi Molosiglio , the rigging from pale blue of the circle of luciano Savoy. For the third consecutive year the athletes coached by Andrea Coppola and Mariano Esposito bring the trophy in the social beautiful silver cup . They will keep it until the next edition and then return it to the organizers.