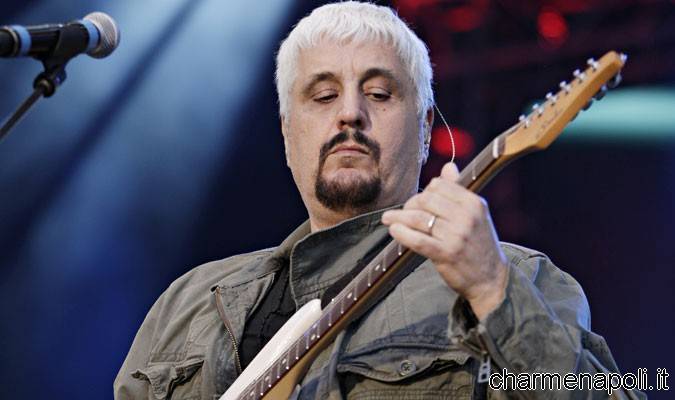 “Black in half, the new American Napoli who dreamed of seeing pass the” Nutt “, the Mascalzone Latino, the Lazarus happy, the man in blues, the musician on the road, the neomadrigalista, songwriter who in years which dominated the message never set into the background music while having things to say, and that things“. This is the self-portrait, on its official website, Pino Daniele, died of a heart attack last night on the eve of the 60 years (would have made March 19). Inventor of that unmistakable sound, loudness between blues, rock, jazz and Neapolitan tradition, became his trademark in Italy and in the world, Pino (born Joseph) Daniele was born in Naples March 19, 1955. The debut in 1977 with “Terra mia“: the song that opens the record, “Napulè” has become the manifesto of hope and disillusionment of a generation. the 1979 is the year of “Je so pazzo” and masterpieces such as “Je sto vicino a te”, “Il mare”, “Putesse essere allero”. “Nero a metà”, of 1980, is the album’s big hit, the intersection between the definitive blues American blacks and Neapolitan folk music, a symbol of miscegenation social, cultural and artistic, between “Alleria” and “A me me piace ‘o blues”. On 19 September 1981 the apotheosis in Piazza del Plebiscito, with 200 thousand people listening Pino on stage with Tullio De Piscopo, Joe Amoruso, Rino Zurzolo, Tony Esposito, James Senese. And the consecration of the “neapolitan power”.