Home Flavours Typical products The party has the flavor of the sea in the fishing village... 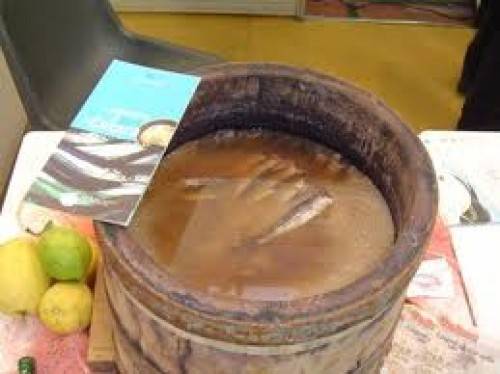 At Cetara the rediscovery of the ancient flavors. From tomorrow until December 7, the municipal council of the famous fishing village in the province of Salerno, under the patronage of the Chamber of Commerce of Salerno and the Regional Park of Monti Lattari, promotes the 2014 edition of the “Feast of dripping of anchovies“. An event not to be missed for lovers of gastronomy and culinary traditions. Respectable the program developed for the festival. You start strong tomorrow night, Thursday, December 4, in the spaces of the Hotel Cetus, with the opening of “taste workshop” on “Recognizing the anchovy Cetara”, organized by Slow Food (conduct of the Coast  Amalfi) and restaurateurs Cetara. The laboratory will participate renowned chef of the Campania region, journalists and experts in food and wine, which describe the qualities of this “sauce” transparent liquid amber color, which is produced by a traditional process of maturation of anchovies in a saturated solution of salt and water. Friday, December 5 will begin to “Feast” itself with a round table set up in the hall for “M. Benincasa“, at 18, on the theme “A Dop for anchovy Cetara“. Next, after the ”tapping traditional Terzigno”, which marks the beginning of the dripping “new “in the square Vieski restaurateurs Cetara will taste the traditional dishes of the local cuisine. Space then the events scheduled on Saturday December 6 when, in recalling the great gastronome amalfitano Ezio Falcone, with the delivery of the prize dedicated to him, from 18 onwards, in the municipal schools, will kick off the popular race of traditional cuisine. Sunday, December 7, finally, day Vigil of the Immaculate Conception, in the restaurants of Cetara special tasting menu including traditional and innovative dishes based on the “new” anchovy.