Home History Villa Floridiana, the most beautiful gift of love of all time 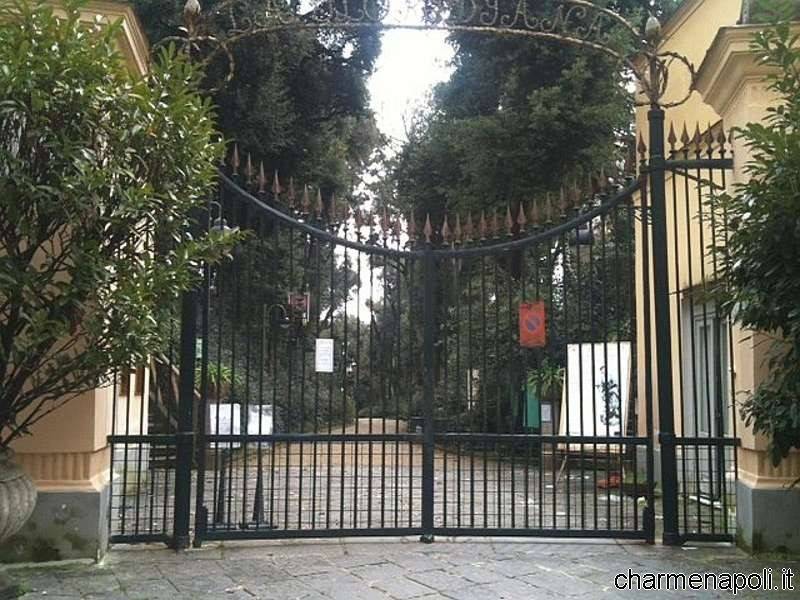 There are few who do not know the legendary park Floridiana, the pride and the pride of the city of Naples, situated in the heart of Vomero district.
But not everyone may have never studied the history of the beautiful hillside villa, which, as we shall see has ancient origins and veined by an authentic aura of romance.
So let us go back in time and go back to the year 1815, when the then King of Naples, Ferdinando IV of Bourbon decided to buy the large plot of green that corresponded to the estate of Prince Giuseppe Caracciolo of Torella, deciding to make it the seat of a stately home to give, then, as a wedding present to his wife Lucia Migliaccio, Duchess of Floridia.

The king married the woman after the death of his first wife occurred the year before, and although she never conceded the title of queen, however, found a way to win her heart with a “cadeau” of those very generous: a “candy” architectural surrounded by green hills on one of the most prestigious hills of the capital?
The king, who evidently was a generous man and great views, decided to also purchase the neighboring property with the seal of the Caracciolo transforming what was then a country house, and extending to the neighborhood of Chiaja.
At the end of the renovation and expansion, entrusted to the architect Antonio Niccolini, the complex that came out included two villas: Villa Lucia Villa Floridia and the open-air theater, called “the Verzura”.

The entire line of furniture followed the neoclassical style, as well as the circular Ionic temple.
All of course surrounded by the immense estates of green, about eight hectares, with 150 specimens of plants, put there under the supervision of Friedrich Dehnardt, director of the Botanical Garden of Naples.
After the death of the Duchess, which took place in 1826, the buildings of the summer residence so dear to the noble woman, underwent numerous transformations to the heirs.

Villa Lucia and part of the park were sold to individuals, while the current Floridiana,  which can be accessed from Via Cimarosa and Via Aniello Falcone, along with the rest of the park were purchased, subsequently, from newborn unitary state, which we exhibited the collection received pottery donated by Maria Spinelli Scalea, who had inherited from his uncle Placido di Sangro, Duke of Martina (from whom the museum is named).

The historical complex from 1931 to the present, houses inside one of the largest collections of Italian decorative arts, works of manufacture comprising about seven Western and Eastern Europe, dating from the twelfth to the nineteenth century.

No doubt about it: the magnificence of a place so suggestive of some indifferent and does not leave despite the many changes that have occurred over time, the real charm of the garden Vomero does not seem to want to scratch with the passage of time, even if possible, continues to grow and continues to attract many tourists and visitors who are enchanted by the magnificent belvedere overlooking the Gulf of Naples, the flagship of the nineteenth-century estate.