Home Art To the Prussian Blue, the works “recycled” by Luigi De Simone 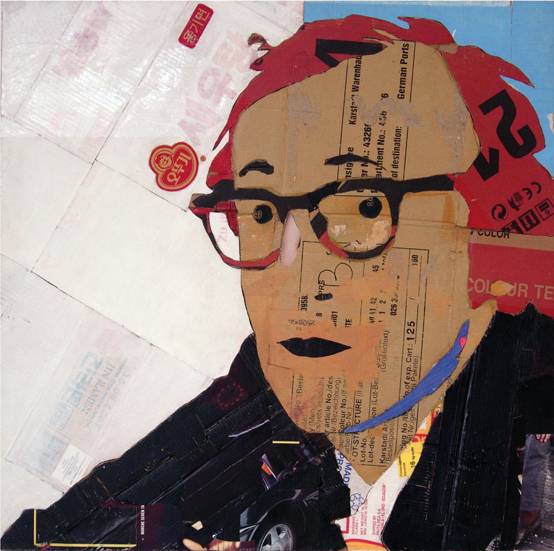 Is called “Shoot…s” the colorful displays signed Luigi De Simone, who will open Friday, February 20, at 6 hours pm, at the gallery “Al Blu di Prussia” in via Filangieri 42, Naples. An original exhibition, curated by Valentina Rippa, which will feature ten unusual portraits, that “immortalize” known personalities in the world of cinema and literature re-created with mixed media.

The works are made, in fact, with cardboard cut out and shaped, sometimes using the same color of the casing, and in other cases by intervening in an essential way with painting to define the expression and the details of the faces depicted. The basic idea is to reuse fragments of cardboard boxes, simple materials with a history and a strong bond
with places. A sort of reconnaissance around the periphery of the city of Naples, with the intent to give things abandoned a sense and a continuità. And, the portrait, was found to be the most congenial to the artist to emphasize the search for a new identity and combine with ready-made and painting.