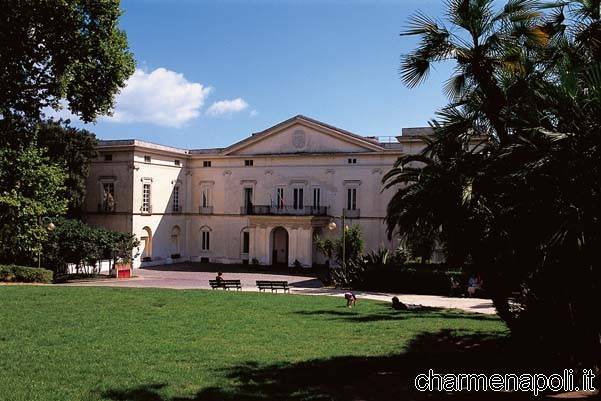 The charm of art, one that knows neither time nor borders, makes possible the encounter between unique masterpieces. Masterpieces of yesteryear with those of today.
And right from the fusion of ancient and modern, was born the artistic production of the Ferrarese painter and stage designer Lino Fiorito that Thursday, May 22, in the spaces of the Museum of Martina, in Villa Floridiana in Naples, inaugurate his personal “Ceramics”, an exhibition designed and built as a true permanent installation.

The decision to exhibit in the Museum of Naples which is located within the green lung of the Vomero, is not random and was created by an explicit desire of the artist to enter his works by abstract forms, post-modern and colorful between those who are precious and ancient pieces of porcelain collection belonged to Placido de Sangro, Duke of Martina, sometimes exposed to them in the spaces of Floridiana.

Recall that the Duke was passionate connoisseur and admirer of each type of artifact, which he used to buy in the course of his travels through the main capitals of Europe. All precious artifacts that were then collected within the impressive collection of the Duke ‘s death was bequeathed to his nephew, Placido de Sangro.

That is, until the death of the last heir who also donated the entire family museum to the city of Naples. Donation which is then further enriched , over the years, with the arrival of other valuable pieces. And so the gift of Riccardo de Sangro ended up adorning the windows of the museum with a collection of 580 items including porcelain, pottery and antique furniture.

A donation of historical artistic value which today belongs to the Italian state in 2014 and full lives in the light of artistic influences interpreted by Fiorito and his creativity. A whirlwind of emotions that comes from the inspiration of a city which is so inspiring Naples and part of infinite shapes and forges a handful of clay can only assume if modeled according to a certain way of feeling and living the life.