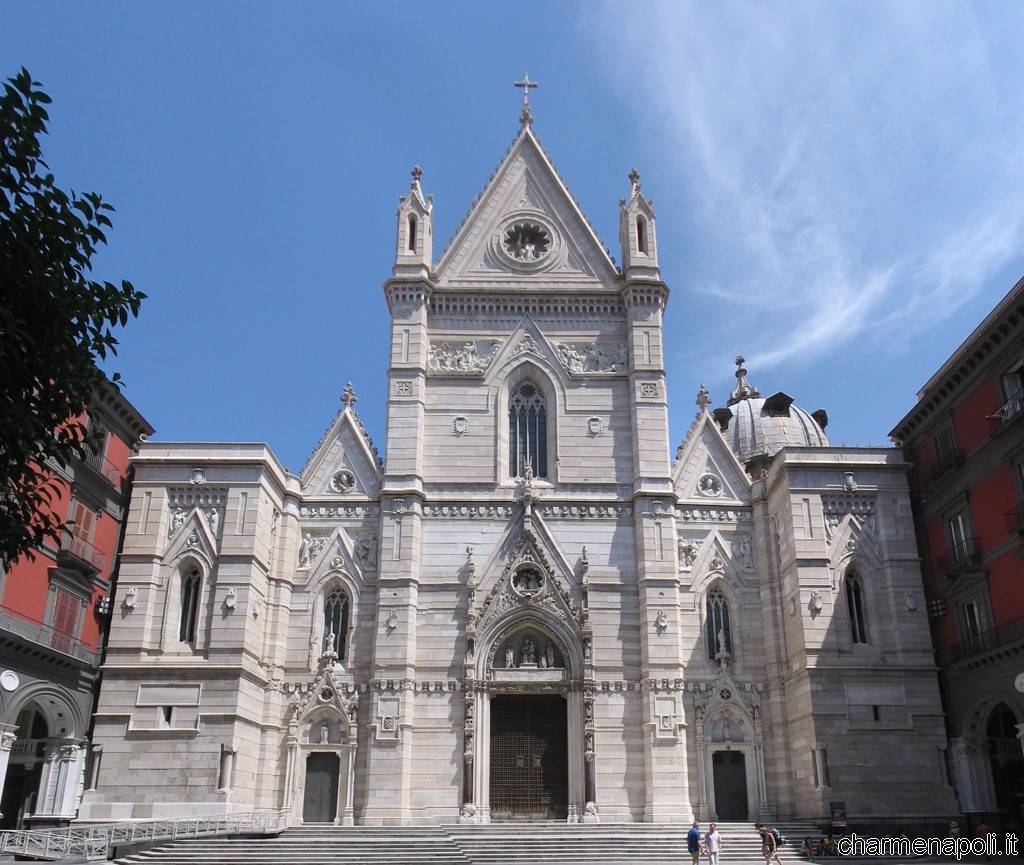 Once upon a time, a merchant from Perugia entered the beautiful cathedral in Naples followed by two shady characters. However, he managed to escape and keep the ruby ring that he had stolen from the dead hand of the city’s former bishop Filippo Minutolo as he lay in the family tomb. The story of Andreuccio da Perugia reputedly inspired Boccaccio when writing the Decameron but it is just one of the many legends, tales or perhaps real events that have taken place in the majestic cathedral built by Charles I of Anjou in 1266. The Duomo was built on the remains of the Temple of Apollo, the god protecting the Greek colony of Parthenope whose cult survived until the arrival of the first Christian church in the 4th century. The bishop Stephanus founded a shrine here in the 6th century but it was Charles of Anjou who laid the foundations for the cathedral and insisted that the final building should reflect the flourishing of art and culture in the kingdom. [charme-gallery]The chapel of the Treasure of San Gennaro is particularly noteworthy, its artistic beauty matched only by its mysticism as the site on which the saint’s blood miraculously liquefied up to 1980. Built in 1527 to thank the patron saint for saving Naples from three scourges – cholera, the war between France and Spain and the eruption of Vesuvius – it was the first act of the ongoing devotion to the martyr, whose mortal remains and ‘treasure’ are stored in the small church. The chapel was frescoed at first by great painters from Emilia like Cavalier Arpino, Guido Reni and Domenichino but many of them decided to leave Naples after receiving threats from local artists. Only Domenichino decided to return and he died of poisoning. Surrounded by 51 busts of Neapolitan saints, the statue of San Gennaro on the main altar stands guard over the two cabinets housing his skull and blood beneath a marvellous fresco by Luca Giordano. Another chapel leads into the remains of the Basilica of Santa Restituta, the city’s oldest early-Christian church built in the 4th century AD by the Emperor Constantine on the site of ancient pagan temples. Restored in the early 17th century, the Basilica of Santa Restituta was also frescoed by Luca Giordano, with the saint being carried on the wings of angels to the island of Ischia.