Home Art Architecture After the cholera outbreak, fine architecture is just what the doctor ordered 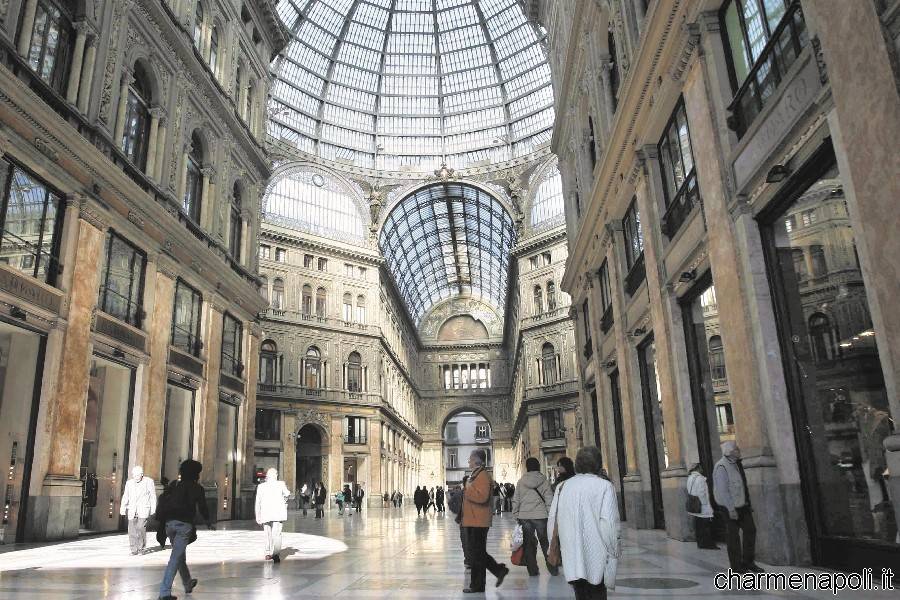 10 November 1892, and the centre of Naples is bustling with curious onlookers as one its most precious monuments is inaugurated in a party atmosphere of folklore and traditional local dishes. The mayor Nicola Amore cuts the ribbon, officially opening the majestic gallery dedicated to King Umberto I, and the townspeople stare in amazement at the unprecedented beauty of this neoclassical jewel, a perfect blend of art and architecture. Naples had recently been forced to its knees by an outbreak of cholera which brought sickness and death at an alarming rate, and the people’s morale was at an all-time low. The Neapolitans looked to its food, folklore and monuments for a new beginning and found all three in the Galleria designed by Emanuele Rocco, with its four huge buildings linked by a covered arcade comprising four wings and a central dome made by Paolo Boubée.[charme-gallery] They had expected just slum clearance but had received the highest expression of the city’s art and design. The Galleria was a major success from the outset with the adjacent buildings becoming home to literary and artistic circles as well as the venue for Italy’s first Café Chantant, Salone Margherita, where such famous names as Fregoli, Maldacea, Elvira Donnarumma and Fougè performed in its heyday during the early 20th century. The Gallery has conserved its undeniable fascination to the present day, frequented by young and old as they stroll through the historic centre, perhaps to view the windows in one of the city’s foremost shopping districts or just to enjoy a coffee in the glass-domed, cast-iron arcade or in one of the adjacent buildings. Tourists flock to the Galleria to admire its harmonious construction but the Neapolitans themselves are likewise amazed by one of their best known monuments.