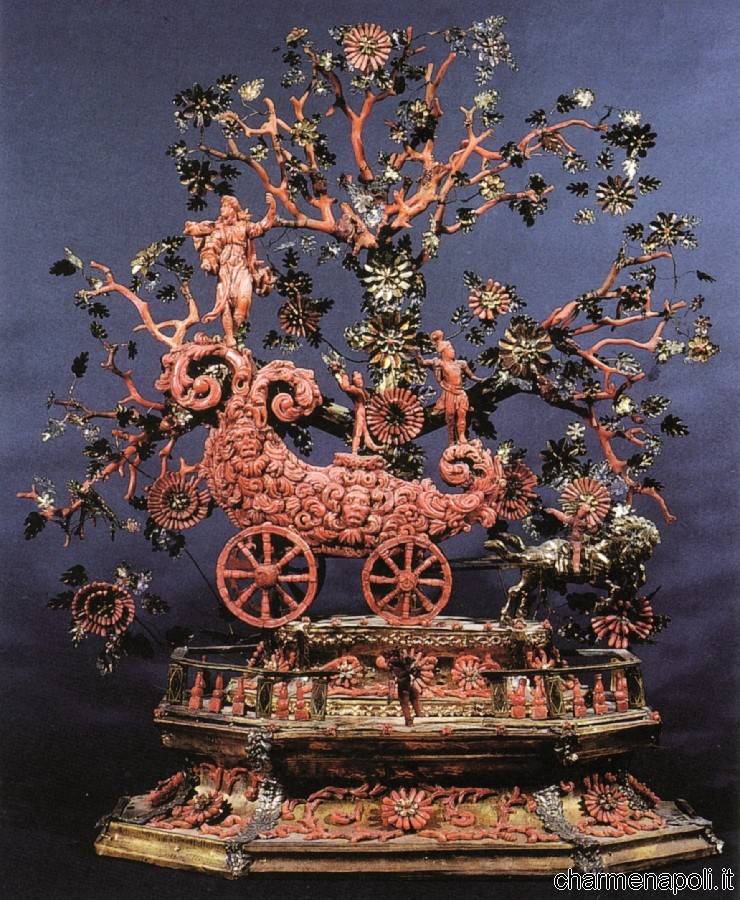 Talisman of talismans, symbol of rejuvenation, the exorcising blood of Medusa and the redeeming power of Christ Coral has spawned numerous legends regarding its power to ward off evil and bestow wellbeing, luck and vitality on its wearer, partly due to its ability to span the animal, vegetable and mineral kingdoms. Coral craftsmanship in Campaniahas ancient roots and Torre del Grecois its traditional home, but other Italian regions have cultivated a passion for ‘red gold’, as is illustrated by the exhibitions that Banca di Credito Popolare has dedicated to it since 1996 The latest initiative is “Mirabilia Corallii. Baroque masterpieces from the 15th to the 18th centuries” to be held in Palazzo Vallelonga, with 60 works documenting the growth of Sicilian coral craftsmanship and the reciprocal influence exerted by Jewish and Sicilian artisans. [charme-gallery]On the boundary between east and west, Sicily was subjected to strong Byzantine influences, but its flourishing Jewish community played a key role in the economic, social, cultural and industrial development of the island, with families that had handed down traditional coral-crafting skills from father to son for generations. In 1492 Ferdinand and Isabella of Aragon exiled the Jews from Sicily, and many had to accept conversion to Catholicism in order to preserve their names and shops. Others founded new businesses inTorre del Grecowhere they came into contact with the local coral industry. Sacred items, jewellery and household items will be on show to enchant visitors with the beauty of red gold and the exquisite craftsmanship that has developed around this precious material over the centuries.