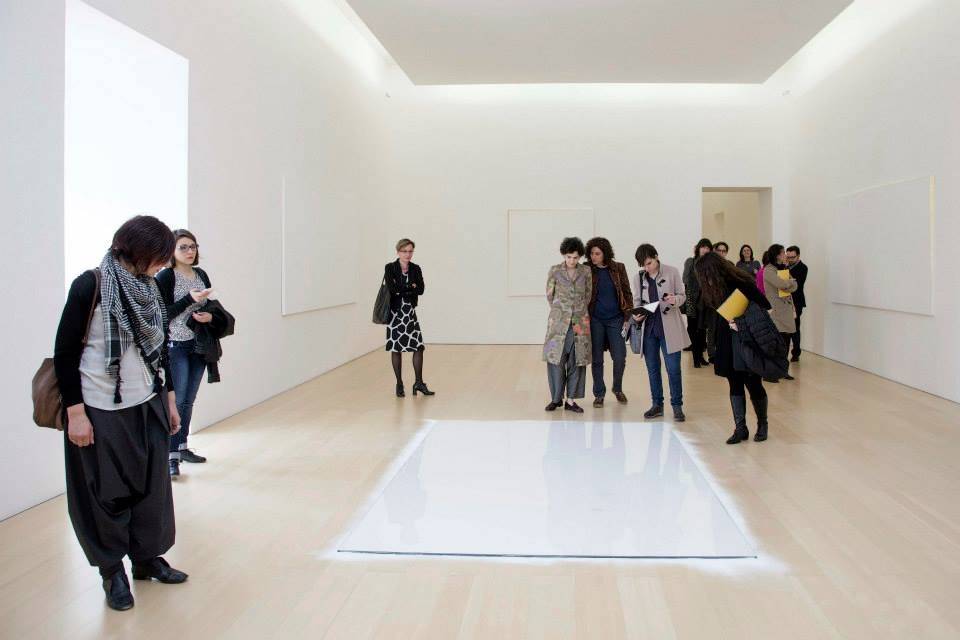 Sunday, April 27, at 11.00, the Madre Museum in Naples opens the “invaders digital“, allowing one hour for free admission to the museum and performing arts by offering them a guided tour of the permanent collections and temporary exhibitions in two ongoing “One day, so white, so white” by Ettore Spalletti, and “A tiempo de lu…” by Padraig Timoney.

“Invasions digital” is a national project born on the web aimed at spreading digital literacy and the use of open data, aimed at training institutions to use the web and social media for the realization of innovative projects aimed at co-creation of cultural value as well as the promotion and dissemination of culture. The “digital invasions” will continue until May 4 in many other museums and cultural sites throughout Italy.

The invasion is aimed at bloggers, instagramer, photography enthusiasts, social media, ambassadors of the territory and the merely curious and people who want to approach contemporary art in general. Participants invasion will recount the experience documenting smartphone, camera, video camera all the moments of the event using the hashtag #invasionidigitali and #yellowinvasion, the latter in tribute to the Museum’s official color: yellow. All the “invaders” are encouraged, therefore, to wear a yellow garment in order to make “colored” the final picture of “invasion accomplished”.

As part of activities entitled “Per_formare the museum”, with this initiative, the MADRE of Naples opens his audience to turn the museum into a metropolitan theater, a public meeting, a place of interaction in which the audience is the star the life of the museum. The visitor becomes an active participant, direct contact for a debate daily, face to germinate and to compare opinions, ideas and experimental hypotheses for the future of the museum and the museum of the future. It is in this context that the MADRE has chosen to join the initiative “Digital Invasions”, which promotes the physical and virtual access to the museum allowing “invaders” to meet, learn, express themselves and share their experiences and suggestions .

Invasions Digital
MADRE Museum
Via Settembrini 79, Naples
Sunday, April 27, from 11 am.
To participate you must book at the following link: http://www.eventbrite.it/e/biglietti-invasionidigitali-yellowinvasion-museo-madre-napoli-6370066039.
The appointment is at 10:45 am at the entrance of the museum.
About www.invasionidigitali.it and www.madrenapoli.it.
Is possible to follow the invasion of digital MOTHER on Twitter (@Museo_MADRE) and on Facebook (Museum-MADRE).