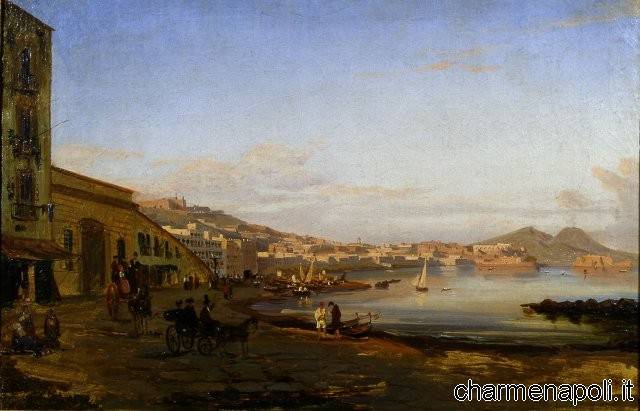 Is dedicated to the “art trails” crossed the Neapolitan painting between 800 and 900, the art exhibition organized by Giacinto Gigante Accademy on the occasion of the 20th anniversary activities of the Neapolitan cultural Association. A process undertaken with passion and determination by Alfredo Avitabile in 1994 and continued in all these years, even after his death, by his son Alfonso Maria Avitabile and the two assistants historical Margherita Balestrieri and Antonella Bocola.

The painting exhibition will open on November 8 at the headquarters of the Academy, in Belisario Corenzio in Naples. It will keep them open until 8 December. You can admire the paintings on display from 10 am to 1 pm and from 5 to 7 pm on Saturdays and Sundays.

As is well known to experts and enthusiasts, the Art of Painting Napoletana knows interesting developments and significant changes, just at the turn of the nineteenth and twentieth century along at this stage, new roads, sometimes steep and laborious, but to renew and regenerate to keep pace with the rest of Europe.

The prestigious event, which opens the exhibition season 2014/2015 Academy, traces, therefore, the very successful Neapolitan artistic production of the period, starting from the luminous landscapes nineteenth century made ​​strictly “en plein air”, from the masters of the School of Posillipo and subsequently by the artists of the School of Resina, in which the design outlines with force the outlines of the shapes and color, soaked in light, accepts the many facets of the beauty of the Gulf and its environs.

Exceptional in this regard, the presence of the beautiful view in the exhibition “Scavi di Pomei“, attributed without any difficulty to master Giacinto Gigante, both for the issue most often performed for both the palette of colors by the unmistakable masterful touch. Instead stands for purity and preciousness of painting, “Along the banks of the Oise” by Federico Rossano, who while on earth transalpine not forget the canons nature and objective of the school porticese.

The current Naturalistica is well represented in the exhibition from the opera “Passeggiata” by Michele Cammarano, characterized by an intense realism and masterful use of chiaroscuro; while a rare and refined sketch of Domenico Morelli testifies to the historical-romantic vein. The legacy of the masters of the nineteenth century, draws a large group of artists active in Naples in the late nineteenth century and the first half of the twentieth who, paying the price of living in a city that, from the ancient capital of the Kingdom of the Two Sicilies, plays a marginal role in a new and hostile kingdom far, elaborate in a personal way the lessons of their predecessors.

And ‘this attempt at renewal that are born marine steeped in light of Attilio Pratella, impressionistic landscapes of Giuseppe Casciaro and Vincenzo Caprile, the city scenes of C. Brancaccio, P. Scoppetta and V. Migliaro, unique elegance of form and chromatic refinement, the markets from sudden fever of F. Di Marino, the colloquial and popular scenes of G. Panza and the bright marine of De Corsi. In the same years and those immediately following, again in the wake of figurative painting, working in the city of Naples teachers who undress their reminiscences of nineteenth-century paintings from the last to open, without any hesitation, to the new century and to Europe.

The painting exceeds the “narrow” limits the representation of reality in order to become an expression of the inner world of the artist, thus dislodged all the traditional rules: use of academic drawing, almost scientific precision of “chiaroscuro”, verisimilitude in the choice of colors, clarity in the exposition. From these choices derive the innovative works of Asturi, Cortiello, Notte, Vittorio and Villani . Is certainly new element in this review, the presence of a rare collection of books on art and culture of Naples, with editions already sold out and unavailable, which will certainly be of interest to the educated and passionate audience of the Academy.