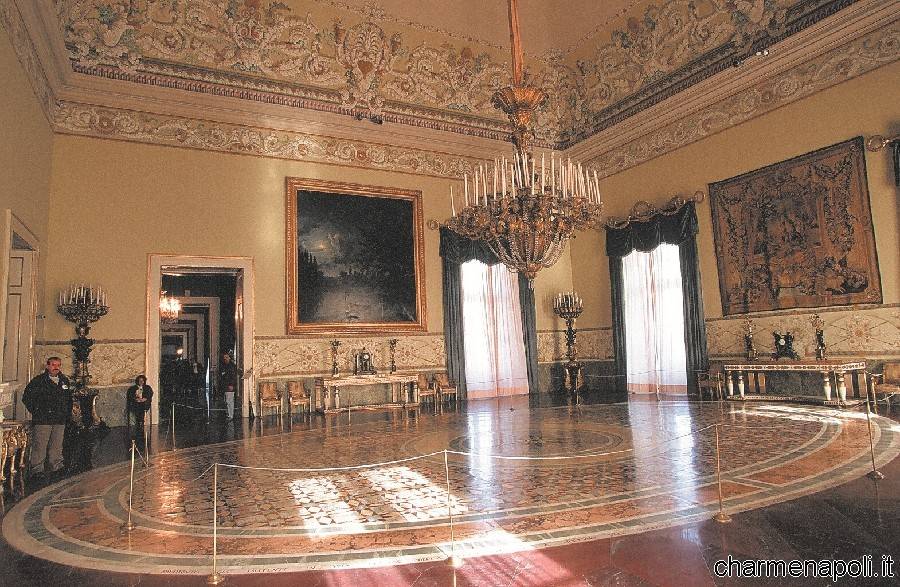 Originally the palace at Capodimonte was to be a hunting reserve in the lush woodlands just outside Naples where King Charles of Bourbon could enjoy his favourite pastime during the day and relax with members of his court in the evenings. It was one of the many royal sites built in just a few years for the king’s enjoyment but Capodimonte was different from the others. Early on it was decided that the palace would also house part of the prestigious art collections that the King had inherited from his mother Elisabetta Farnese, wife of King Phillip V of Spainand the last in line of the noble Farnese family of Parma. The collections included masterpieces by Titian, Raphael, El Greco, Correggio, Parmigianino and other Italian and foreign artists, as well as sculptures by Giambologna and Martini, and the Wunderkammer cabinet of curiosities.[charme-gallery] Now, almost three centuries later, the Capodimonte palace is one of the world’s leading museums and has been home, since 1957, to collections of medieval and modern art in addition to the contents of the palace’s piano nobile from the 18th century: the Bourbon and Farnese collections of porcelain, tapestries, arms and silverware. For much of the 19th century, Capodimonte Palace was used solely as a court residence that occasionally provided hospitality for eminent writers, artists and scholars like Winkelmann, Goethe Fragonard, Kaufmann and Canova, before becoming the official residence of the Dukes of Aosta following the unification of Italy in 1861. And a splendid residence it was: a breathtaking sequence of beautiful rooms in the historic apartment, such as the porcelain lounge of Maria Amalia and the ballroom.[charme-gallery] This year the majestic palace celebrates 50 years as a museum in which the ancient and the modern achieve a “joyful inter-contamination” with masterpieces from the 15th to the 18th centuries on the first and second floors while the attic houses works from the 19th and 20th centuries. This half century will be commemorated with a full calendar of events in late 2007, including concerts, conferences, documentary films, and a temporary exhibition of a variety of works on loan from prestigious museums, foundations and private collections.