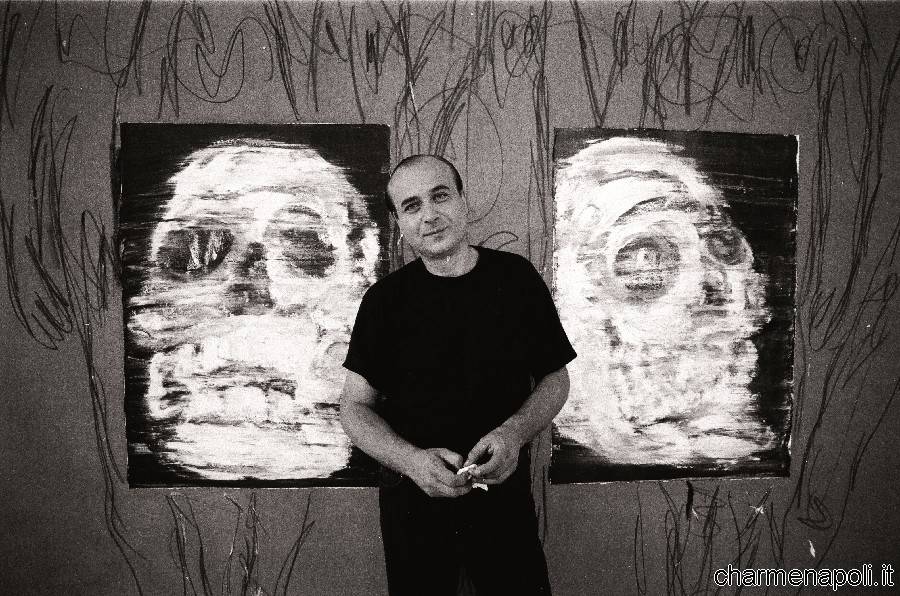 The 1980 earthquake had a profound effect on the lives and beliefs of many Neapolitans, not least Nino Longobardi, then in his late twenties. One of the leading exponents of the transavant-garde movement theorised by Achille Bonito Oliva, Longobardi had been working with the great gallery director Lucio Amelio on the Terrae Motus project along with many artists of national and international renown to create a pictorial representation of the catastrophe It was Longobardi’s first meeting with Amelio in the late 1960’s that gave him a new perspective and launched his career. His early works portrayed human themes with an intense, tactile style, and his compositions were well-balanced combinations in which the figure was a tool drawing on ancient Neapolitan tradition to approach the tangibility of death through typical symbols like bones and skulls, which bonded intimately with his figures. [charme-gallery]A few years later, he stripped the human figure of its flesh and his works became almost minimalist: he drew, painted and sculpted the essence that time had transformed into memory. All his works were made up of space and a variety of materials like clay, paper, masonry or steel, achieving total liberation from shape and colour in silhouettes, frail skeletons and airy creatures by an artist who is both classical and modern. Nino Longobardi’s expressiveness helps to shun superfluous codes and symbols that he extrapolates and deletes from a world stagnating in system of confusion. His work has been shown at New York’s Guggenheim as well as in Boston, Barcelona, Berlin, Parisand Copenaghen, and he has had several personal exhibitions in Milan, Naplesand Modena. He contributed to the fascinating installation at the Quattro Giornate station of theNaples subway, while his studio in the famous Palazzo Tarsia is full of the traces that tell the story of his life.