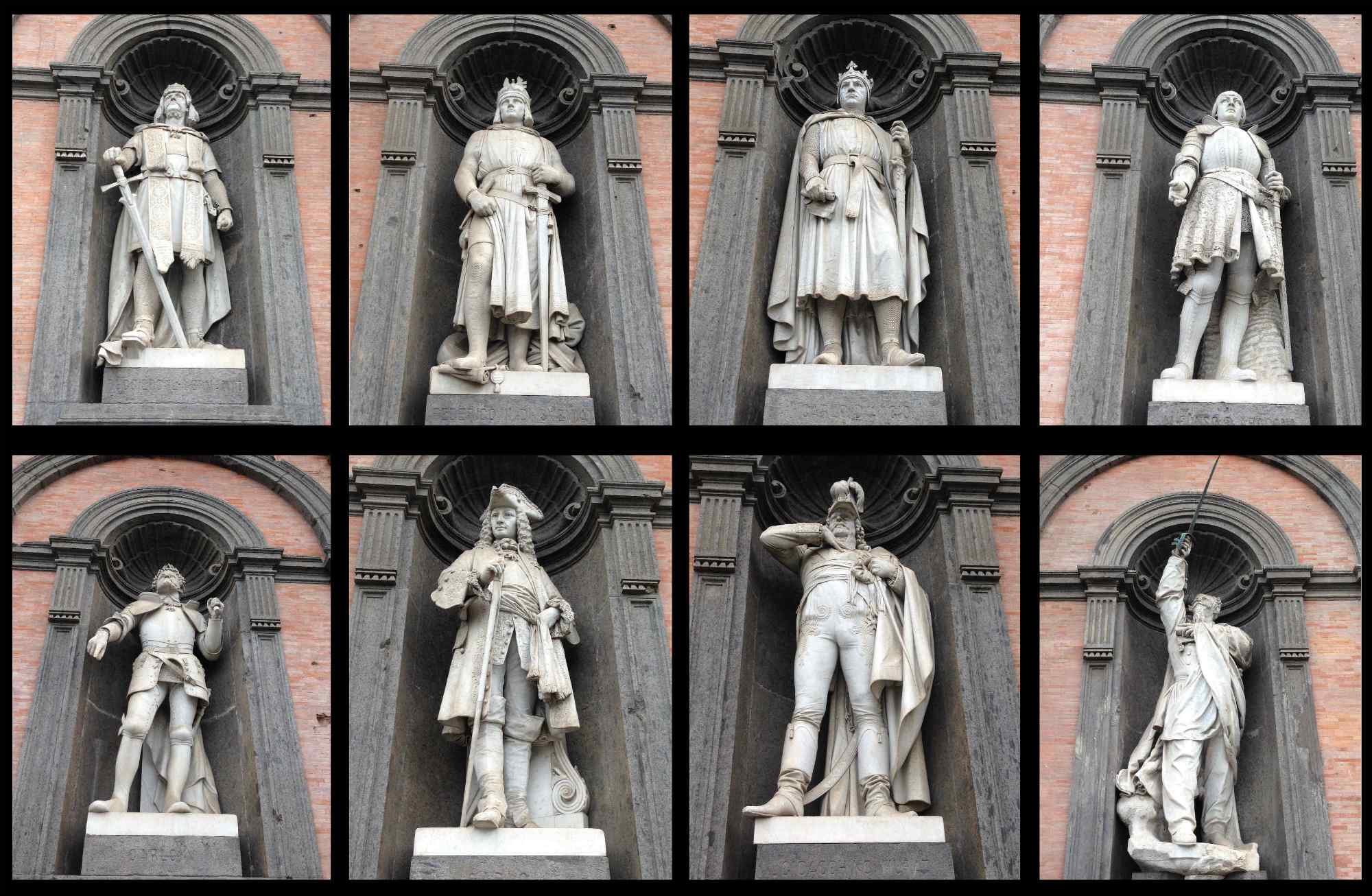 “Eight giants guarding the palace” Is the title of the volume of Gina Carla Ascione which will be presented on February 6, at 4.30 pm, in the elegant spaces of Palazzo Zevallos Stigliano, in via Toledo in Naples. The study, published by Bibliopolis, reconstructs the phases of conception, realization and implementation of the eight colossal statues that since 1888 decorate the niches of the main façade of the Royal Palace of Naples: placed under the eyes of all, but rarely look carefully , the statues tell, with their bulky presence, a time of great cultural fervor but also of strong contradictions, that swept the city after the unification of Italy. For the traveler’s current passage in the “drawing room of Naples” represent an image topically, to be immortalized with a photograph, for the Neapolitans of a certain age are the memory of an irreverent rhyme learned when they were street urchins, for today’s children the backdrop for endless games of football. In fact, beyond the rhetoric of gestures and grandiloquence of the theme, the large statues, welcomed by vanvitellian niches, can be considered a sample of the sculpture of the southern half of the nineteenth century. The text of Gina Carla Ascione is accompanied by the photographs of Giovanni Genova that focus on particular minute, hardly noticed by the normal viewer, stopping, however, also to grasp the full prospectus and the “Largo di Palazzo”, immersed in an atmosphere of surreal light, during various times of the day and night. Atmospheric phenomena, the sun, the rain, the wind will return the façade in all its majestic grandeur when it stands in a desert landscape, and when forms a backdrop to events, moments of everyday life.