Home Culture Traditions Soon to Naples Pope Francis. Here is the schedule of his visit... 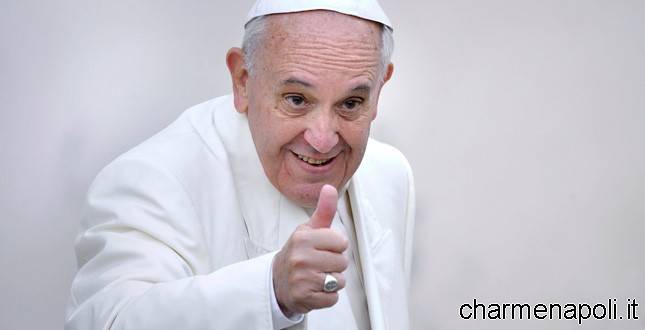 And ‘Pompeii the “door” that opens the third trip in Campania of Pope Francis. Saturday, March 21, 2015 it will start right in the Marian shrine, the Pope’s visit to Naples. It is a step short but intense, with which Bergoglio intends to rely on the Lady of the Holy Rosary. The announcement of the visit of Francis to the church of Pompeii bears the signature of Archbishop-Prelate of Pompeii and Pontifical Delegate, Monsignor Tommaso Caputo and was confirmed by the Vatican press office.

“E ‘with intense joy and voicing already exultation of’ city ‘Mary’ that I can announce that Francis Pope will be visiting our local church, Saturday, March 21, during the next pilgrimage in Campania,” said Monsignor Caputo. “The Pope’s visit is a great gift to our community – stressed – and significantly raises the ‘New Pompeii’, founded on faith in Mary and at the dynamic charity of Blessed Bartolo Longo, a door of prayer in this new meeting of the Holy Father with the earth bell “.

Even the predecessors of Pope Francis visited the shrine of the Virgin of the Rosary in Pompeii. The October 21, 1979 St. John Paul II visited along with Pompeii and Naples, starting right from the visit Marian shrine, where he returned October 7, 2003, for the closing of the Year of the Rosary. October 19, 2008 Pope Benedict XVI visited the Shrine of Pompeii.

But now we see precisely the program the day that the Holy Father will spend in the shadow of Vesuvius. It will be a day packed with meetings. The Pope will arrive in Pompeii at 8 am, and will go to the shrine to pray to Our Lady, there remain 40 minutes, before leaving for Naples. Arrive at 9:00 helicopter in Scampia to meet at 9.30 am, associations and social forces of the territory in the square, John Paul II.

In cities, however, held Mass in Piazza del Plebiscito, as happened in the nineties with Pope John Paul II. And here are provided for hundreds of thousands of people flock to the square in front of the Basilica of San Francesco di Paola. At 13.00 Francesco will then meet the inmates of Poggioreale, is expected in fact a room within the House district.

In the afternoon, a first step in the bishop and following a meeting with the faithful in the cathedral to the 15. At around 16, the appointment is with the sick will be in the church of the New Jesus, the eternal home of St. Joseph Moscati. in the belly of the ancient city. And finally, embrace the young Neapolitans on the waterfront in front of the Villa Comunale, towards the 17.

In short, the whole city is looking forward to meet the Pope’s smile.