Home Events World Champions and Olympic Medalists in the race on sunday 16th on... 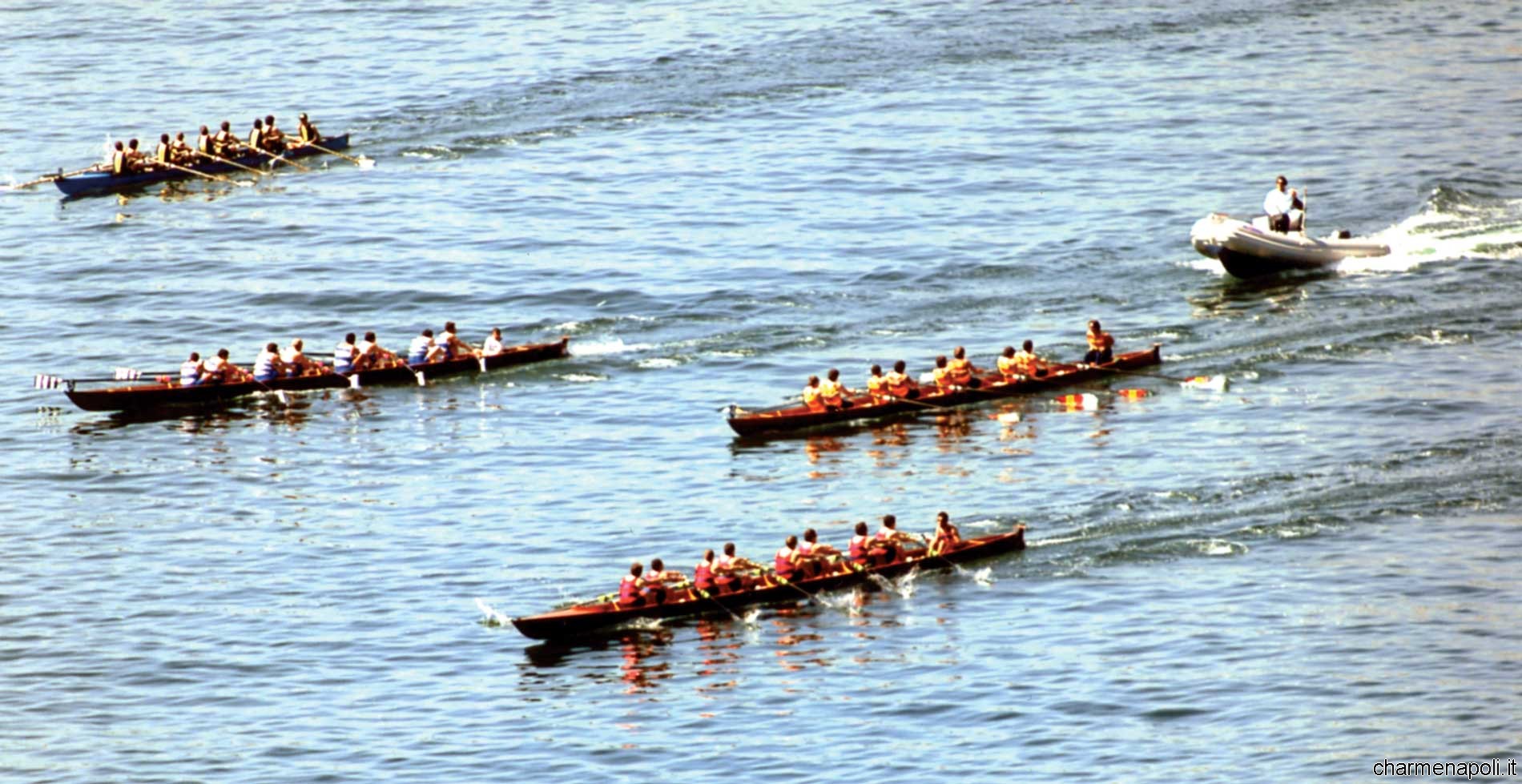 Countdown to the 107 edition of Lysistrata Cup. Next Sunday, the promenade of Via Caracciolo will be the blue stage of the rowing cup oldest in Italy. We will see the legendary 8 gigs, ships of a superimposed wooden planking, contend for the coveted trophy of the oar. The trophy is second in history, in Europe, only to the King of England Cup. The silver cup was donated to the Circolo Vela Remo and Italy, in 1909, by a wealthy American of Scottish descent, Gordon Bennett thanked jr..Il magnate, with this homage, the city for the hospitality received. Lysistrata was the name of the yacht, aboard which, Mr. Bennett stayed in the waters golfo.La competition originally was reserved to the crews of the beginner category. The field of competition was between Cape Posillipo and Palazzo Donna Anna, arriving in front of Bagno Elena. Bathroom where it was set up the actual stage and the grandstand for the public. With the birth of the Circle then Youth (in 1925), the current CN Posillipo, the arrival of the competition was moved up to its docks. Only in the 50 years the route was changed and from Mergellina to the Castel dell’Ovo. Since a few years however, while not changing the destination, the route of a thousand meters has his departure at the Rotonda Diaz. Participate in the Lysistrata is a source of pride for any rower. “I was there in the edition of …” it is important for them to say at the end of racing career.

For Lysistrata, whose departure is scheduled for Sunday 16 to the 11,20 great tussle this year, with the expected participation of renowned national rowing crews, carrying world champions and Olympic medalists. This time will be opponents Near Giuseppe, Matteo Alfano and Matteo Castaldo, with Domenico Montrone winners of the Olympic bronze in 4 no. It is precisely Near Lodo and the top athletes that the Circle “Italy” detached in his crew, to compete with the favorites of the day before, the winners of the last four editions, the athletes of the Royal Yacht Club Canottieri Savoia, with whom runs Castaldo. The Stabia is the outsider of the year, by virtue of a very authoritative training for tradition and time and for the presence in the boat of another Olympic champion of Rio 2016, John Abagnale, Olympic bronze in two without, along with Marco di Costanzo , boat latter with the CC Napoli team.

One goal for all, win. As part of the rowing day, starting the first race at 9.00, the eleven scheduled races. Among these will be assigned the Pattison Cup, the Children category in four Yole, the Cappabianca Cup, category Juiniores in canoino, the Romulus Galli Cup at the Junior category in four Yole and the last born Giuseppe D’Amico Cup, a prize for category 8 yole Master.