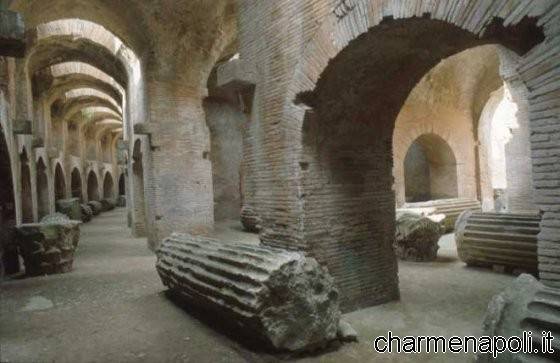 A guided tour to the archaeological underground path that is hidden in the bowels of the Rione Terra at Pozzuoli, where the participants will visit the ancient taberne, and then, a little further, on the surface, the atmospheric Flavian amphitheater tour. And again: a guided tour of the Castle of Baia (Bacoli), home of the extraordinary Archaeological Museum of the Campi Flegrei, and the place where you can visit the rooms in which are kept the relics rivenuti in the historic center of Puteoli, with particular attention to various kitchen utensils and crockery. Finally, a ” tasting show” style ancient Rome. These mouth-watering “ingredients” provided for in the program ‘”Cibus – Paths ArcheoEnoGastronomici in the Campi Flegrei“, an initiative to promote tourism in the Land of Myth.

The Cibus project, which will begin Thursday, January 16th, the brainchild of the Hoteliers Campi Flegrei, was promoted from Assoturismo – Confesercenti the Province of Naples, and is funded by the Chamber of Commerce of Naples under the auspices of the Municipality Pozzuoli, ACF Hoteliers Association of Campi Flegrei, Autonomous Care Hospitality and Tourism Pozzuoli, IPSAR Lucius Petronius, Lions Club of Pozzuoli and Campi Flegrei – Cuma.

The “festival”, presenting a proven formula, projecting the treasures of the Campi Flegrei among the favorite destinations of hundreds and hundreds of cruise passengers each year landed at the Port of Naples, and for which goes to enrich the tourist offer with a new archaeological process – museum, food and wine in the streets and museums of Bacoli and Pozzuoli. In short: an opportunity not to be missed for those who choose to Naples in January and the pearls of Campania for their winter holidays.