Home Routes Bay of Naples, inhabited rocks amid the waves 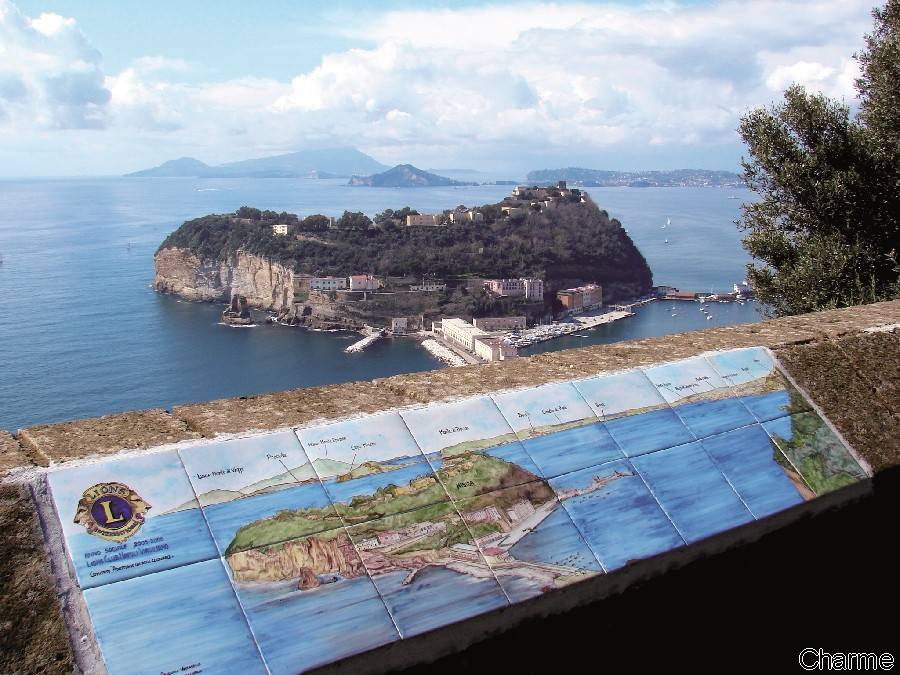 Islands and rocks amid the waves. Li Galli near Sorrento, Nisida in Naples and Vivara near Procida are scraps of land stolen from the sea, way stages from which Greek settlers would establish Magna Graecia on the mainland and which would later become popular destinations for the rich and famous. The most famous small island in Campania is Megaride, the rock on which Naples’ Castel dell’Ovo now stands and where the lifeless body of the Siren Parthenope was washed up. Between the 9th and 8th centuries BC seafarers from Rhodes set up a trading centre here, laying the foundations for the birth of a new polis that would become Neapolis. In the 1st century BC this tiny island, now linked by a narrow causeway to the mainland, was the location Lucius Licinius Lucullus chose for his splendid villa, and it was known as Castrum Lucullanum up to the early Middle Ages. The famous Roman general renowned for his sumptuous banquets also owned property on nearby Nisida, from the Greek nesida (small island), a tiny island where Marcus Brutus, one of Julius Caesar’s assassins, is also said to have had a villa. Brutus’ wife Porcia, the daughter of Cato, is said to have killed herself on Nisida by swallowing live coals after Brutus was killed at the battle of Philippi. The Anjou kings built a watch tower on Nisida, later fortified to become a bastion in Naples’ defensive system designed by Viceroy Don Pedro de Toledo, but in 1626 it was used as a quarantine station for plague victims.[charme-gallery] Nisida is part of the Phlegraean Archipelago of Ischia, Procida and Vivara. Vivara, from the Latin vivarium (plant nursery), is a volcanic island linked to Procida by a bridge built in 1969, where relics and evidence of metallurgy from the Bronze Age were found in the 1930s, making it one of the oldest settlements in Campania and probably an important trading port of the 18th and 17th centuries BC. In 1681, the Duke of Guevara built a hunting lodge on Vivara, later used by the Bourbons, but since 1974 the island has been a wildlife reserve to protect migratory species. Another of Naples’ ‘hidden paradises’ can be found off the coast of Posillipo: the islet of Gajola, from the Latin cavea because of the many caves on the nearby mainland. Here Greek colonists erected a temple to the goddess Euplea, protector of seafarers, and the island was incorporated into the lavish imperial Roman villa of Pausilypon, owned by Publius Vedius Pollio in the 1st century BC. The villa sank beneath the waves due to the seismic phenomena known as bradyseism, but its remains can still be seen in the Gajola marine reserve established in 2002.[charme-gallery] Neapolitan folklore regards Gajola as a cursed island because of the premature death of many who have lived there. In the 1920s, Hans Braun was found lifeless wrapped in a rug and his wife shortly afterwards drowned, while FIAT president Gianni Agnelli suffered the loss of numerous relatives after setting foot on the tiny island. The island was put up for auction and now belongs to the Campania Regional Council.Not far away is the island of San Martino. The breathtakingly beautiful island is made of pozzolana, the volcanic material typical of the Phlegraean Fields that is used in the production of concrete. [charme-gallery]For centuries, San Martino was a centre for tuna fishing and in World War I it housed a testing centre for torpedoes, but in the 1960s it became a tourist resort frequented by scuba divers, anglers and nature lovers because of its superb sea bed and lush vegetation. Finally, the celebrated archipelago of Li Galli near the town of Positano: Gallo Lungo, La Rotonda and Dei Briganti (or La Castelluccia), all three in the Punta Campanella protected marine park. Gallo Lungo is the largest island and the only one to have been inhabited since Roman times, when the Greek geographer Strabo identified it as the home of the Sirens, and so named the archipelago Sirenussai. According to mythology, the islands were the home of Parthenope, Leucosia and Ligeia, the Sirens who tried to enchant Odysseus with their song and who, contrary to popular belief, were birds with the heads of women, hence, the archipelago’s modern name Li Galli (The Roosters). The strong sea currents here caused many shipwrecks in Greek and Roman times, the remains of which are often hauled up in fishing nets, which has fuelled the legend of the Sirens tempting sailors to crash into the rocks.