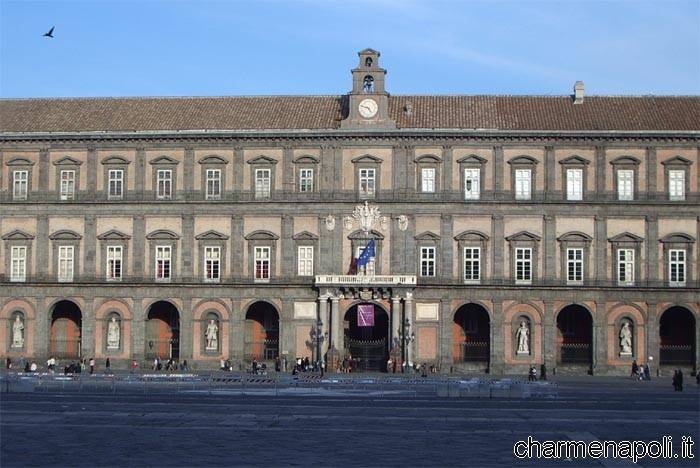 Hard to resist an invitation to the court.
And if it is the historical home of the Royal Palace of Naples, then it is impossible to miss.
Every Friday from July until the end of the year, it will be possible to cross the threshold of the luxurious residence of Naples, opened for the occasion until 22.00.
Visitors can visit the apartments of the palace in Piazza Plebiscito (thirty to be exact) and its exposure to moonlight.
Recall that the majestic building of Naples was one of the four residences used by the royal house of Bourbon in the years that were holding the fate of the Kingdom of the Two Sicilies. The palace overlooks the area with monumental grandeur of the old parade ground, surrounded by Salerno palace, overlooking the beautiful columned portico of the basilica of San Francesco di Paola and the building of the Prefecture.
Throughout its history, the palace was the residence of the Spanish viceroys, and then those Austrians and, later, the King of Naples.
After the unification of Italy was finally appointed Neapolitan residence of the kings of the House of Savoy.
But let’s take a quick jump through the halls of the apartment, anticipating something of what the public will have the chance to admire inside the palace.

The first thing you notice at the entrance is undoubtedly the spectacular staircase, also called Staircase of honor, introducing the actual rooms furnished with period furniture. E ‘on the magical ramp Giambattista Basile set his fable of the Cat Cinderella from which he took inspiration before Perrault and the Brothers Grimm and Walt Disney finally. On that same spectacular staircase to the royal palace, in short, Cinderella lost his legendary “shoe.”
What about the stucco and frescoes that adorn the ceiling? They are to say the least as valuable as the collection of table clocks and the shepherds of the classic Neapolitan crib, hosted by the court chapel.
Still, continuing the tour you will come across in the charming court theater, still in working order and commissioned by Ferdinand IV of Bourbon in 1768.
Finally, the tour ends in the best way with a pleasant break in the green roof garden of the palace where you can enjoy one of the most beautiful views of the Gulf of Naples and Mount Vesuvius, and where, moreover, it is possible to visit the stables nineteenth century, flanked by stables eighties of this century and used currently for exhibition purposes.