Home Routes Treasures of Campania in exhibition in Madrid 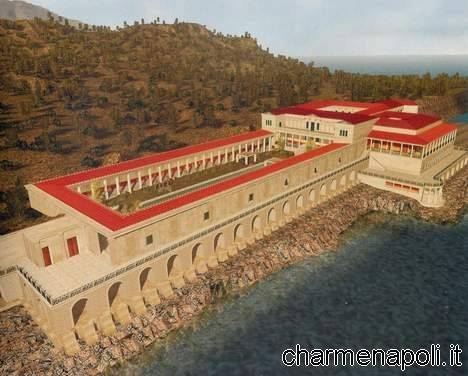 Campania>Artecard, the tourist card is financed and promoted by the Campania Region, he speaks Spanish. Starting tomorrow 22 January and up until the 26th of January, the special card will be promoted to FITUR, the International Tourism Fair of Madrid.

Campania> Artecard is present in the Iberian capital with its two card (Naples and Campania) that collect a total of over 80 sites and museums, integrated with public transport and regional and discounts on services and cultural offerings bells. And always in Spain, in conjunction with the travel fair, is planning a special promotion at the Casa del Lector, prestigious headquarters of the Spanish Foundation Ruipierez German Sanchez, in the citadel cultural former slaughterhouse in Madrid. The foundation hosts, in fact, show the Villa of the Papyri at Herculaneum and realized in collaboration with the Archaeological Superintendence of Naples and Pompeii and Herculaneumwith the Museum of MAV.

On display there are over 100 artifacts from Herculaneum and the virtual reconstruction of the Villa of the Papyri and other domus for an event that is collecting an outstanding success, with more than 40 thousand appearances in a few weeks.

“In addition to the exhibition we wanted to promote the distribution of materials at the Casa del lector our two flagship products next summer for the Vesuvian archaeological area, explains the CEO of Scabec SpA, Franco Tumino – . After the success of nightly visits to Herculaneum last summer, with the show/Buried Stories visit, for the next season, from June to September, re-present the initiative extending it also to a series of special events at night on the Grand Cone of Vesuvius” .

Both offers are included in the full program conceived and commissioned by the Department of Tourism & Cultural Heritage of the Region of Campania Pasquale Sommese titled “Journey to Campania. In the footsteps of the Grand Tour“, which includes nine itineraries enriched by cultural events and activities and to put the system through Campania>Artecard , with a significant improvement in the use and promotion of the cultural heritage of Campania”.

The detailed program of “Journey in Campania. In the footsteps of the Grand Tour” to be held from April to December 2014 will be presented on February 13 at the International Tourism Exchange in Milan at the Pavilion Campania.