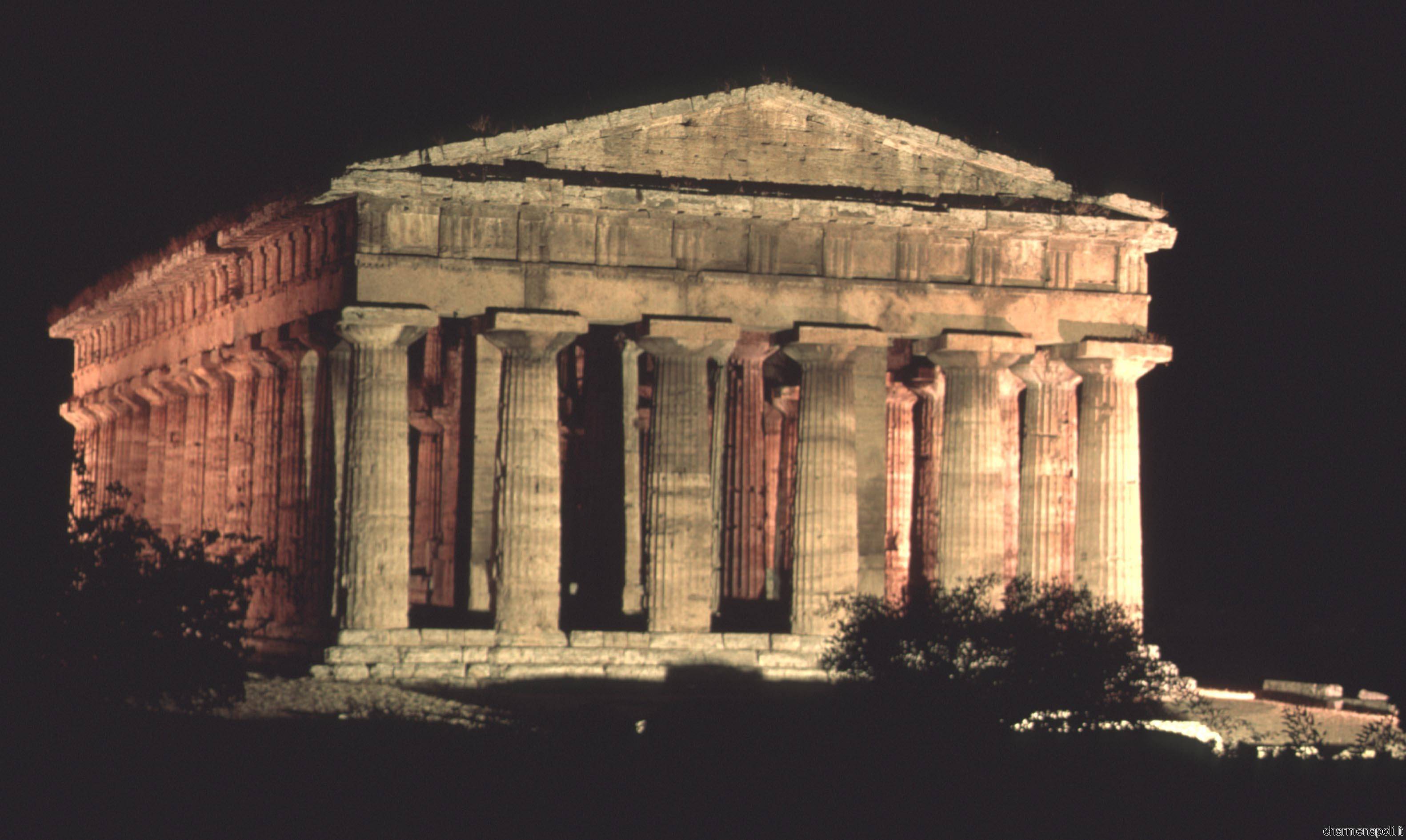 The flood plain of the river Sele lures thousands of tourists every year with its fragrant artichokes and mozzarella cheese and the timeless limestone temples in the majestic ruins of Paestum. The temples were a key feature of grand tours from the mid 18th century on, despite the discomfort of having to cross the insalubrious marshes whose buffalo population exceeded that of the local human inhabitants. Although the Bourbons built a road through the very heart of the ancient city, Paestum remains one of the most important and interesting archaeological sites of the ancient Greek colonies in Campania, not only for its temples which have miraculously survived the ravages of man and time but also because of the air of myth that still envelops the area. [charme-gallery]For instance, the shrine to Hera Argiva at the mouth of the river Sele was reputedly founded by the Argonauts on their return with the Golden Fleece and her veneration by local inhabitants passed seamlessly into the worship of the Madonna del Granato when Christianity took hold. Further south, Punta Licosa is the headland where the body of the Leucosia the Siren was washed ashore when she committed suicide with her sisters after failing to enchant Odysseus. Founded as a fortified coastal outpost in the late 7th century BC, it later became a colony proper (Poseidonia) and was surrounded by an inner and outer curtain of fortifications with four gates. However, its three huge Doric temples are the most important evidence of the Greek colony: the majestic temple dedicated to Hera alongside the Temple of Poseidon, whose double order of columns are remarkably well preserved, and the Temple of Athena with its delightfully embellished coffered marble cornice.[charme-gallery]A hypogeum containing arms and elegant bronze vases of honey, perhaps an offering to the colony’s founder, was later discovered in the town centre. Conquered by the Lucani in the 5th century BC it became a Roman colony called Paestum in 273 BC and the town’s ‘Romanisation’ can be clearly seen with the introduction of the Forum, tabernae (shops), the Macellum (market), the Capitol and the amphitheatre, which was curiously built right in the town centre. Visitors to Paestum should also not miss the refurbished Archaeological Museum on the site with its exhibits spanning the ages from its foundation to the imperial age when it was named in the verses of Virgil as the town where the roses bloom twice.