Home History Excavations The Roman Empire is preserved under the lava 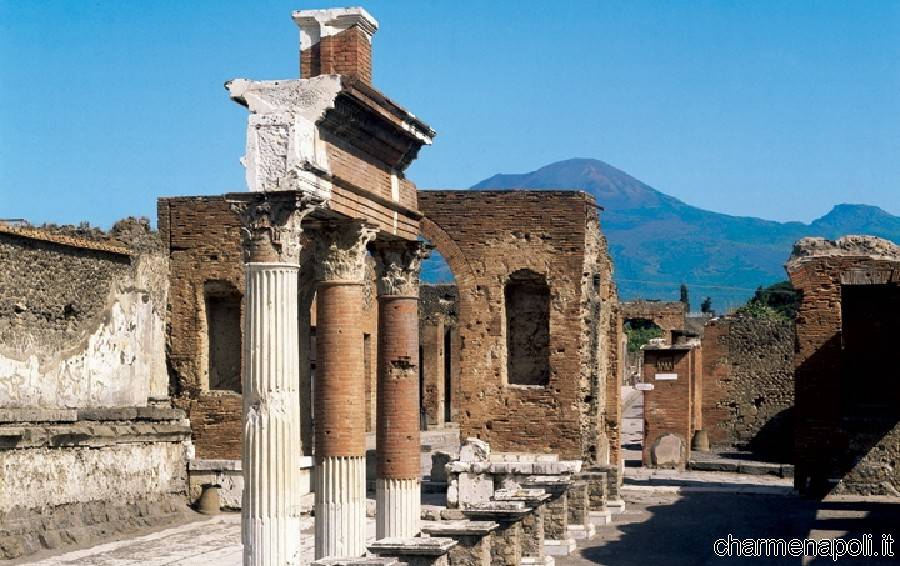 Pompei, Herculaneum, Oplontis and Stabiae disappeared from the face of the earth one hot August day in 79 AD, wiped off the map by the devastating fury of Vesuvius along with many other settlements on the Tyrrhenian coast. For almost 2000 years, the Roman town was lost beneath6 metresof volcanic material and was never rebuilt as the few survivors fled to other parts of the region. The new town of Pompei,Herculaneum, Stabiae and Oplontis was built a short distance away from the scene of the catastrophe, but ancientPompeiiwas discovered almost by chance during the construction of a canal in the 18th century. [charme-gallery]The same happened with Herculaneum, found while digging a well. The Bourbon rulers then ordered the excavation of the site in 1748, although much more work was carried out in the 20th century.

Roman town were mostly brought to light, even if there are still many relics locked in the volcanic crust. However, the world can now gain a significant insight into the town’s everyday life as the volcanic material preserved not only many of the temples, streets, buildings and shops but also, and more importantly, their contents. This snapshot of terror also shows how people were literally petrified as panic overwhelmed them in the face of imminent death. AtHerculaneum, people, street and building were buried beneath flows of volcanic mud, boiling at about 3.000°C.[charme-gallery] It was this temperature that helped preserve the scrolls found in Villa of Papyrus Scrolls, as the hot mud didn’t burn the paper but carbonized it. Elsewhere in the town, the temperature must have been lower as the doors in the Suburban Baths, for instance maintained their original colour.

Their bodies were then reconstructed through the use of plaster poured into the cavities seventeen centuries later. Cruelly realistic casts that bring to life the full horror of that tragic day. [charme-gallery]Figures trying to cover their mouth and nose in a vain attempt to avoid breathing the poison gas have helped archaeologists to reconstruct not only the last day of the Pompeians but also what they were doing when disaster struck and immortalised that final moment in the Roman harbour town. On the coast of ancient Herculaneum in the area called the “Fornaci” were found the remains of a wooden boat, and the skeletons of 250 inhabitants of boats waiting for their evacuation.