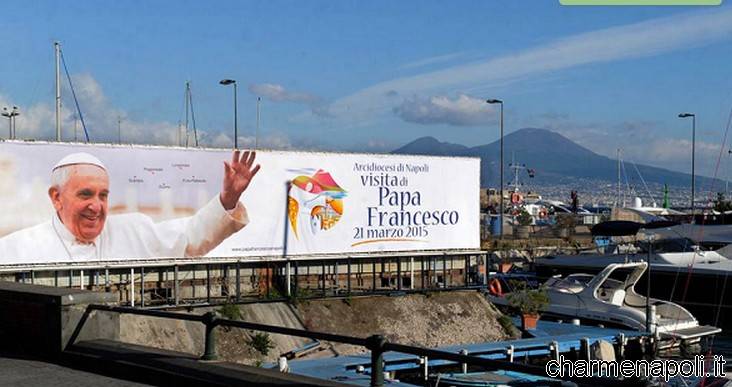 There is also space for a “first” on Saturday next, when Pope Francis will visit churches (Cathedral and Gesù Nuovo Church) and places the most significant of Naples. To live a particularly exciting time will be 350 boys between 8 and 15 years, thanks to the “Canta suona e cammina” (made by Regione Campania and Curia of Naples through Scabec Spa and the Foundation “Fare Chiesa e Città“) they put on six bands and orchestra that will live his baptism of fire in the afternoon of March 21, on the waterfront of Naples, the last appointment of the Holy Father before returning to the Vatican. And to greet the Pope at the end of a day marked by seven meetings, in addition to the morning in the Marian Shrine of Pompeii, have chosen to dedicate the most famous Neapolitan song “‘O Sole Mio“. Conducted by maestro Francesco Izzo, 350 boys were selected a year ago through the parishes and associations of the popular districts of Naples and the municipalities of Afragola, Herculaneum and Torre del Greco. To prepare for the boys of “Canta, Suona e Cammina” will be two rehearsals, today in the Teatro Galilei of Città della Scienza and 20 March at the Rotonda Diaz. The repertoire chosen is all Neapolitan, with some of the classic melodies of the tradition, in the version of the band. The very young bands begin to perform Saturday at 16 with an animation at the Rotonda Diaz and the first songs: Torna a Surriento, Funiculi’ Funicula’ e ‘O surdato nnammurato. To 17 is expected to arrive the Pontiff, who, from the program, it will stop to greet the young musicians. To leave of the boys dedicate “O sole mio”.