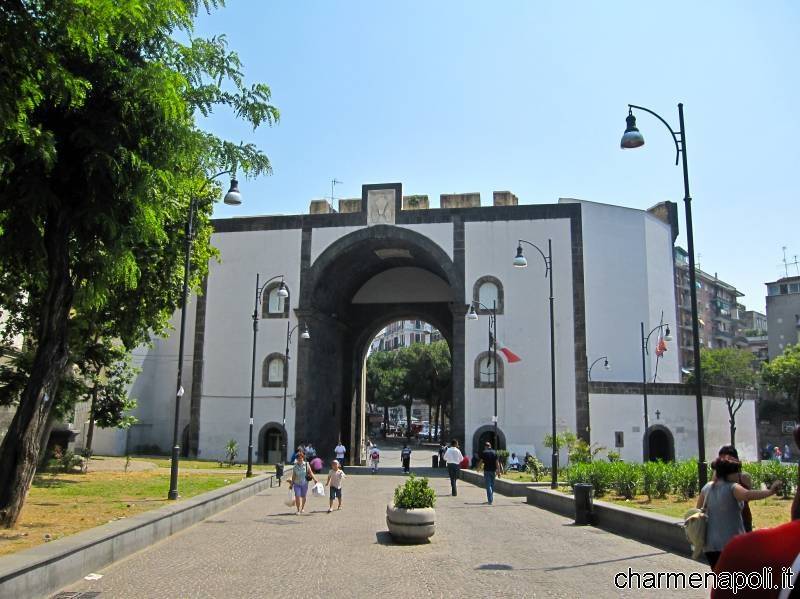 Who does not know Porta Capuana raise your hand. We’re talking about one of the” historical gaps ” the most famous of all of Naples , the preferred model for dozens of gouaches devoted to the myth of Partenope . Its majestic marble arch , decorated with bas-reliefs, delimits access to the crucial point of the Old Town . It was built in 1484 by King Ferrante of Aragon and owes its name to the orientation towards the ancient Roman city of Capua.
Porta Capuana , with its mighty towers and deep ditches , defines a neighborhood rich in history and legends. The beating heart of Naples that was .
A treasure just waiting to be discovered. And that is why it has become a destination for a scenic “tour” between sites of historical, artistic , culinary by Lanificio 25 Association.

To say the least emblematic of the title chosen for the path: “I Love Porta Capuana “. A series of meetings will take place in stages that every morning the remaining Friday and Saturday in December ( 20:21 , 27 , 28) , until 11 January 2014.
The initiative stems from the need to start a project of ” urban regeneration” of the neighborhood that starts from San Nicola , so that also  this area of Naples , may occupy an important place in the tourist circuit of Campania.

To translate this intention into reality , however, there is need for collaboration and communication among residents , businesses and institutions, and the first step in this direction was done just by booting the project sponsored by the City of Naples and conducted by Carlo Rendano holder of the Cultural Association Lanificio  25 .
The program of visits is really full of events . It includes stops at churches in the area : St. Caterina in Formiello , San Giovanni a Carbonara , Santa Maria della Pace , as well as a trip to Castel Capuano headquarters of the civil division of the court of Naples , and the place where it is ” hosted” the memorial erected in honor of King Ladislaus .

The cultural walk will be accompanied by a tasty gastronomic journey from flavored dishes typical of the traditional Neapolitan cuisine like pizza , fried mussel soup , ‘or ‘ broth purpo “ and the widest variety of delicious Neapolitan desserts like baba , pastiera and sfogliatelle .
For visitors who wish to immerse themselves fully in Naples once, there will also be a chance to learn the rudiments of the processing of fabrics and leathers , within the typical shops of the artisans of the village.

Finally, to conclude the “tour”, a jump in the contemporary art museum Madre, the ancient palace of Largo Donnaregina where past and present live side by side with unprecedented cultural and artistic influences .