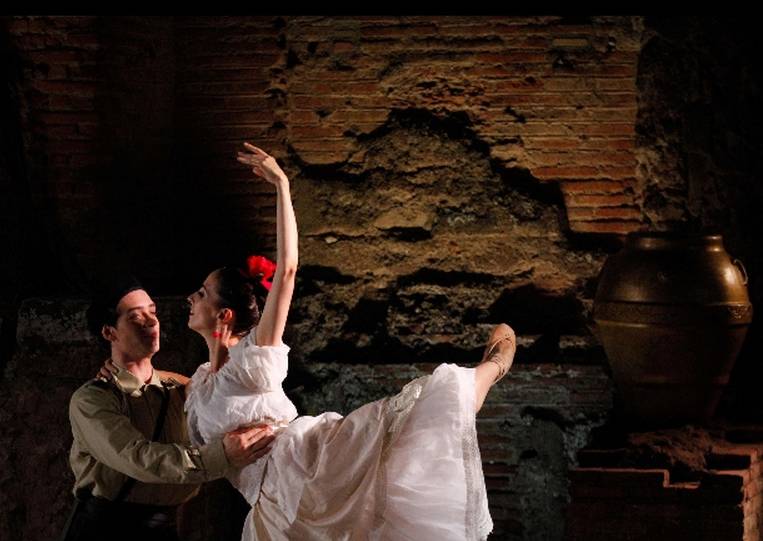 “Enhancing the tourism of the south through cultural events of high level”, these are the words of the master Alberto Veronesi artistic director of Pompeii Festival scheduled from the month of May. Second edition of the event in an exceptional location, the Teatro Grande of Pompeii, with a program of theater and dance. “This is a new event, to which we must look young with the same enthusiasm with which you might look at a newborn thinking about his bright future. The Festival includes subjects of high culture to which it addresses a great interest of the public” as the Master Veronesi describes the Festival which will involve ancient Pompeian stage international artists, orchestras and complex domestic and foreign. The program also includes four nights of Carla Fracci, artistic director of the ballet of Pompeii Festival, scheduled for the months of August and September. The big international stars will dance in honor of the greatest Italian ballerina proposing a retrospective in the form of ballet. For the program of the dance Fracci will add his expertise to the choice of the great classical ballets, is expected as “Carmen Suite” produced by the Ballet of the South who returns this year to Pompeii and “Giselle” with music by Adolphe Charles Adam and magnificent “Swan Lake”. One of the novelties of the 2015 Festival of Pompeii is the partnership agreement with the Consortium Costa del Vesuvio, chaired by Angelo Pica, who will have the opportunity to prepare “packages” that include tourist sightseeing and watching one of the shows in program. “The Consortium Costa del Vesuvio is a major player for the hospitality industry – says the Maestro Veronesi – who has enthusiastically embraced the idea of ​​the festival so we are happy to work with them for a common goal. The Consortium will provide tickets to its Customers having grasped the important consequences in the area of ​​Pompeii Festival. We also have the hope that the other institutions involved, such as the Ministry and the Superintendent will continue to take a particular enthusiasm for the event that looks to relaunch the south through Pompeii. Is need to promote tourism in the South through major events such as the Festival Pompeii”. “The meeting with Mr. Veronesi – says Giovanna Oliviero, director of operations of the Consortium Costa del Vesuvio – was born at the Embassy in Prague, where we were to present the regional to the foreign press. We both realized the importance of an operation marketing and joint business to increase employment of the territory and the interest in the destination and the event. ” “Pompeii Festival represents the first serious attempt to create a program of cultural events that also enriches the tourist offer of the area – says Angelo Pica, president of the Consortium Costa del Vesuvio – we strongly support this strategy and we hope that it is adequately reinforced at the institutional level in order to have significant results in terms of incoming and image of the tourist destination of the Costa del Vesuvio”.