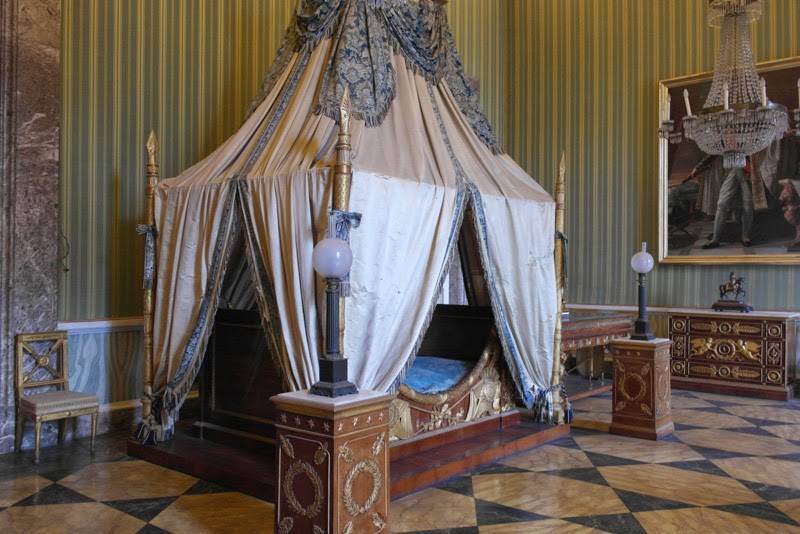 A guided tour themed to Gioacchino Murat (1815-2015) on the occasion of the bicentenary of the death of the leader and king of Naples. The event is organized by the Royal Palace of Caserta and offer a route between the halls and the works of the “French decade”. The decorative project of the hall of Alexander the halls of Mars and Astrea, from portraits of the royal family to the bedroom of Gioacchino Murat, the visitor will be involved in projects decorative, iconographic and politicians of the years between 1806 and 1815. The project, entitled “Murat a French king of the Royal Palace”, was produced by the trainees ministerial initiative “150 young people to culture” and proposed in cooperation with La Reggia Designer Outlet, which has contributed to the realization of the panels. The event is divided into nine rooms and describes through technology “QR Code” and the use of the Web, the artistic evidence about the French period in the Royal Palace. Via the QR code you can view and listen to the information of the tour Murat. The contents can be read via a smartphone equipped with camera, connected to the internet and a special QR Code reader (software for reading QR Code) free download.