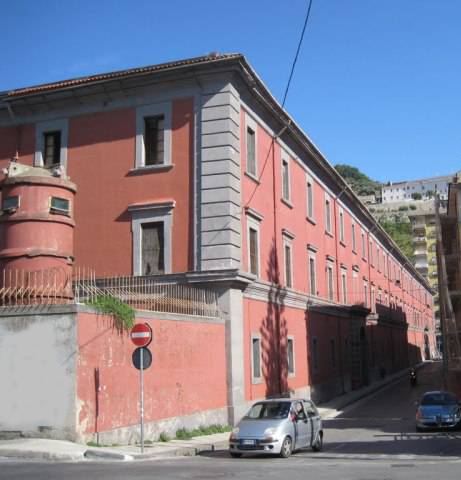 A new treasure to preserve and showcase the glittering treasures of the Earth Felix. The State Property Agency has delivered to the Ministry of Cultural Heritage and Activities former Caserma Bruno Tofano of Nocera Inferiore  (Salerno). The structure will be transformed into a multifunctional center of excellence where they will find the location and exploitation archaeological finds from all sites of Campania. The signing by the Superintendence for Pompeii, Herculaneum and Stabiae, the project leader, gave effect to the agreement last November aimed at the enhancement and protection of former military structure. The agreement was signed only by the Superintendency of Pompeii, by the Superintendence for Archaeological Heritage of Naples, and from that for the archaeological heritage of Salerno, Avellino, Benevento and Caserta, and also by the State Property. The protocol was signed by the superintendent for special Pompeii, Herculaneum and Stabiae Massimo Osanna, as the consignee of the goods on behalf of Mibact, and the representative of the Regional Directorate of the State Property Campania Pierpaolo Russo. This project will be built a collection center not only for the archaeological already available, but also for those from future excavations that will be taken on the soils of the Terra Felix. [charme-gallery]

The Caserma Tofano, albeit abandoned long ago, is one of the largest military buildings of Italy occupying an area of approximately 15,600 m², of which 8,000 m² uncovered and covered 7,600. The imposing rectangular building is dedicated to the memory of Lieutenant Bruno Tofano, fell at the front during the First World War. But before that it was named after Lieutenant General Nicola Marselli. The structure, designed as a cavalry barracks, was built on the orders of King Charles III, on the site of the old ducal palace (which was razed it to the ground). The King of Naples chose to build the building for cavalry in Nocera for its strategic position it occupied that city, almost at the mouth of the two principalities Ulteriore e Citeriore. The realization of the barracks served to free the citizens of Nocera from having to accommodate the military in their own homes.