Home Art Exhibition “Myth and Nature” at Expo: Journey into Greece in Pompeii 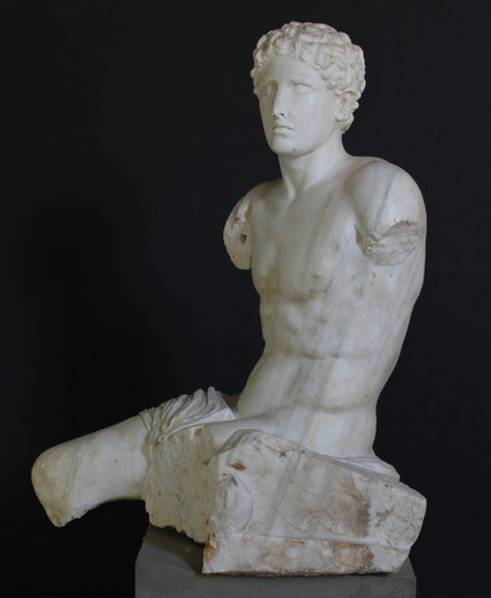 Myth and nature, a journey from ancient Greece to Pompeii, is at the center of the exhibition, conceived during Expo, which opens on July 31 next to Milan in the environments of the Royal Palace. Until January 10, 2016, 200 works of Greek art, Roman magnogreca and tell a little known aspect of the classical world, that of the representation of nature and human activity on the natural reality and the environment. The works come from Italian and international museums such as the archeology of Athens, the Kunsthistoriches Museum in Vienna, the British Museum in London and the Louvre in Paris. The exhibition is sponsored by the City of Milan, along with the universities of Milan and Salerno, the Archaeological Museum of Naples and the Superintendence for Pompeii, Herculaneum and Stabia, organized by the publishing house Electa. Among the finds visible, the vessel of the late eighth century BC the Museum of Ischia, decorated with a scene of shipwreck painted in a grand and disturbing. In “The nature cultivated gift of the gods”, the statue of Triptolemus from the museum of Santa Maria Capua Vetere (Caserta) and votive plates (pinakes) of Locri, splendid examples of bas-reliefs in terracotta of the fifth and fourth centuries BC They are wonderful depictions of the deities of the vine and wheat. The naturalistic motifs present on red-figured vases of the fourth century BC (Exceptional in showing the specimens in the collection Intesa Sanpaolo and the National Archaeological Museum of Naples) are handed down until Roman times on vases, paintings, furniture and architectural elements, of silver and marble reliefs as the well-known relief provided by the Kunsthistorisches Grimani Museum in Vienna, with sheep and her puppies in a rich natural environment. On display will also exposed the very celebrated “Blue Vase” (I cent. AD) from Pompeii now at the National Archaeological Museum of Naples, a precious relic worked in amazing technical glass cameo, with scenes of cupids gathering grapes in white on blue. The work, made exceptionally for the exhibition, will return in Naples with a new earthquake resistant and shatterproof window thanks to the support of the Foundation Bracco. In the last section, they gathered spectacular examples of illusionistic painting of gardens, especially in the first century AD decorated the Roman houses, side by side with items of furniture such as small sculptures and puteals that adorned the parks and were reproduced in paintings. There are also many well-known or less known frescoes (some restored for the occasion) that, along with some famous paintings with scenes of villas and seascapes, documenting the tone luxurious mansion bells. Among these, extraordinarily well preserved, are the frescoes of the House of the House of Bracciale d’Oro from Pompeii.