Home Art Meeting of arts around the Velied Christ 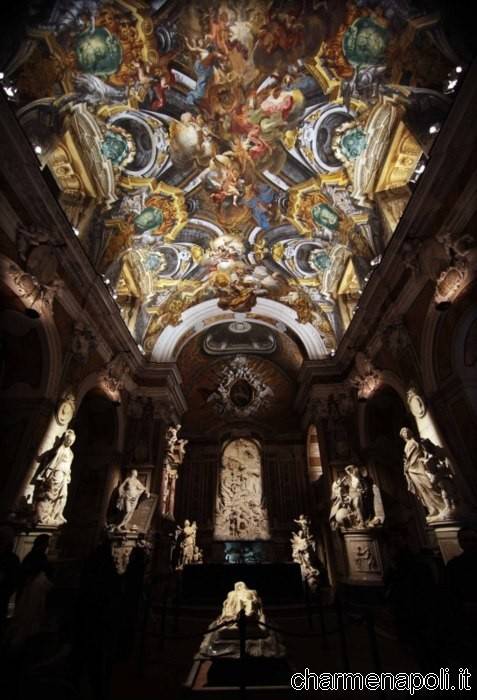 In the temple of Baroque the art becomes wonder. The same that shines in exhibition planned for the spring of 2013, from Museum Sansevero Chapel, with the contribution of the Banco di Napoli, and the cultural Ballatoio, with the intent of opening spaces of the famous monument to events literature, theater and music and contemporary art installation.

The event is called “MeravigliArti” and its theme is, of course, the “wonder”. Concept that has historically characterized the intellectual activity and scientific patronage of Prince Raimondo di Sangro. The books he wrote, the daring experiments, the works commissioned for his chapel, famous throughout the world for its artistic masterpieces (the statue of the Veiled Christ, the anatomical machines). Creations that were intended, rather than anything else, to cause confusion and disbelief in the viewer and responded to his vision “wonderful” in the world.

Not surprisingly, the variety of the arts represented in the exhibition, is a tribute to the diversity of interests of the prince, who led his contemporaries to call it not an academic, but “whole academy”.[charme-gallery]

An event that is renewed tonight, starting at 21, with the spectacle staged by the company Ondadurto Teatro “Once upon a time”, thanks to which some of the most famous fairy tales and popular of the world stand in the spotlight in version, however, “… revised and incorrect”. And on June 4 with the exhibition of “sculpture”: “La sposa madre” (The bride mother) of the performer Neapolitan “Roxy in the Box”. It is a work of contemporary art exhibited for the first time ever in the nave of the chapel, a few steps from the Veiled Christ.