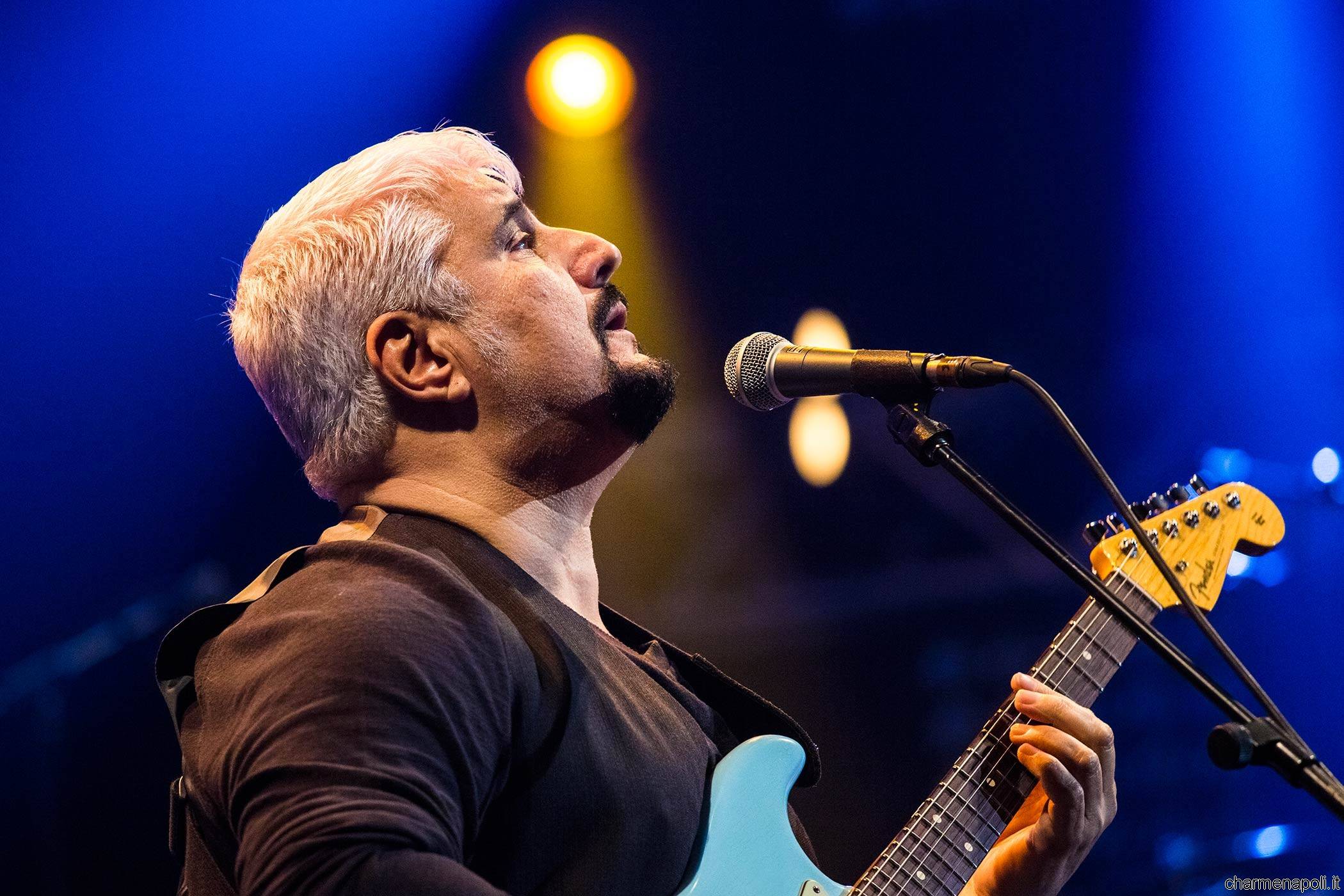 On the day that Pino Daniele would have turned 60 years the city of Naples has decided to pay him a solemn celebration, a flash mob and a concert. Demonstrations to reiterate the affection unchanged against the artist who died last January 5th. Two volumes delivered to the Daniele family, in which were collected the thoughts and messages of many Neapolitans and fans who wanted to pay homage to the ashes of bleusman exposed for ten days in the Hall of the Barons of the Maschio Angioino Castle. In the front row in the hall of honor of the Castel Nuovo in Naples there are the artist’s second wife, Fabiola Sciabbarrasi and the two youngest children of the “Nero a metà“: Chiara and Francesco. Just in the hands of the smallest of the family, the mayor of Naples Luigi de Magistris presented a commemorative plaque: “The city of Naples to Pino Daniele, a moving memory with deep gratitude for his incomparable art“. The solemn celebration also saw the participation of Nello Daniele, brother of the singer, who said: “There are no words to describe this day spontaneous. Is a tribute done with the heart, all natural”. The Councillor for Culture of the Municipality, Nino Daniele, he added: “Can not talk about him running out in the rhetoric. Against Napoli – continued – Pino Daniele had a tormented love, so ‘as are all great loves.” “I’ve never seen an investment like that after the death of Pino Daniele – said de Magistris – in seven hours we managed to organize the funeral with a silent community. I can not imagine a life without his music, which is eternal and has crossed our lives. ” For the mayor the “Mascalzone Latino” represented “the pride Neapolitan even in its distortions. He was one of us and it always will be. He was gone from Naples but never detached from its umbilical city, has not never abandoned this and Neapolitans have heard. ” De Magistris then reiterated that are materializing procedures to title artist a square of the Old Town, not far from the place where he was born. Goes on, also, the process for the naming of the airport of Capodichino and you are working to periodically remind the musician died. At the conclusion of the solemn celebration of a group of young people has shouldered guitars to sing some of the best-known successes of Pino Daniele. A flash mob that, miniature wanted to remember the spontaneous demonstration that took place in Piazza del Plebiscito January 6 when a hundred thousand people gathered to remember the artist missing for a few hours and sing along with the songs most beautiful and representative of his career.