Home Art Reopens in Capri the church of St. Anne 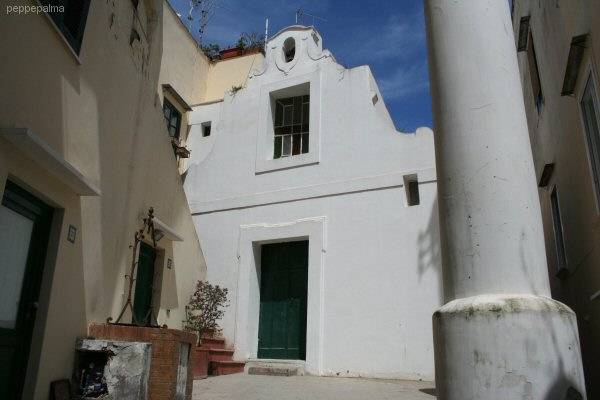 Reopens in Capri the church of St. Anne, a real “treasure trove” Isle d’Azur. The oldest church in the old town which houses, among other works, a rare fresco of the 1300 remained hidden for several centuries, will be open for tourists and residents until 14 September (from 5 to 8 pm hours). St. Anne’s Church, which was the parish until 1595, reopened to visits with experts who will talk about the history of the ancient place of worship and the first village on the island. Thanks Cultural Association “Antemussa – The island of knowledge” chaired by Anna Maria Boniello, and the contribution of some of its honorary members, and collaboration with the parish of Saint Stephen tourists and vacationers will admire the precious church that stands in one of the most picturesque streets of Capri, one of Via Madonna delle Grazie. And to wait for the visitors there will be experts and art historians of the “Apeiron“, who collaborate in the initiative, and will welcome guests to illustrate the history and characteristics of a true “piece” of architecture and Memory caprese. St. Anne’s Church, in fact, is the symbol par excellence of the medieval history of Capri, it was the first parish of the island until 1595, when it was completed the St. Stephen’s Cathedral. The church is considered by experts to be of extraordinary artistic interest for the presence of decorations dating back to the thirteenth century. Thanks to the presence of a precious fresco dating back to the so-called “late-Giotto” representing a crucifixion dating – according to preliminary findings of Sovrintendenza- 1300. The discovery was made during a maintenance operation. Behind the wall that blocked the work, in fact, historians and experts have confirmed the signs of the time: between patterns and geometric elements, the Christ is perceived just as are perfectly visible images of the Virgin, St. John and cherubs. Currently the important fresco is being restored thanks to a donation of a pair of Capri adoption. And the reopening of the monument in the intentions of the association Antemussa, which in the past has also formed with a group of inhabitants the “Committee Borgo di Sant’Anna“, aims to re-evaluation of the whole area, which in recent years on the small churchyard and in the same church and, more generally, throughout the neighborhood also hosted cultural events that have animated and given new life to the village.