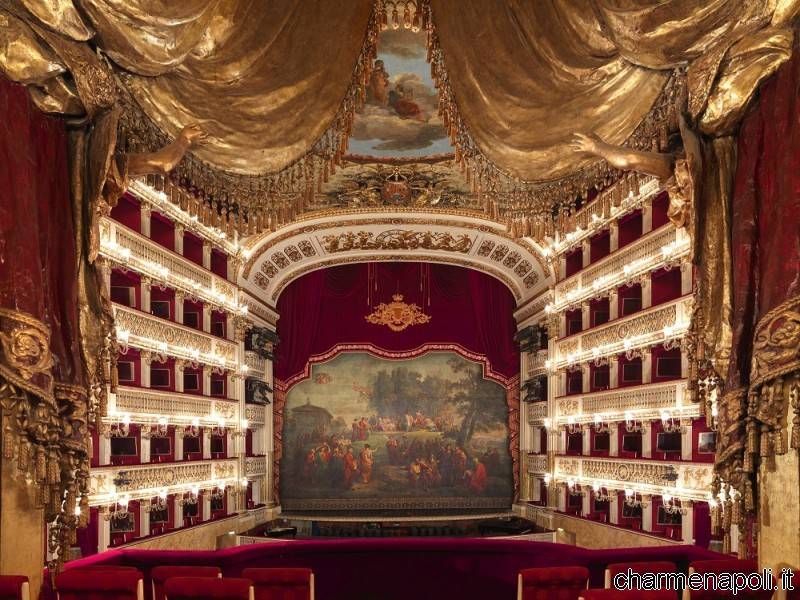 “Do you want to know if some spark burns in you? Run, fly to Naples to enjoy the masterpieces of Leo, Durante, Jommelli, Pergolesi” wrote Jean-Jacques Rousseau in his Dictionnaire de Musique. Never truer phrase.Naples, in fact, may well boast of having the Opera oldest in the world: it is the San Carlo, open terrace on the living room of Partenope. The year of birth is 1737. Forty years before the Scala in Milan and as many as 55 before the Fenice inVenice. The maximum Partenopeo is a few steps from Piazza del Plebiscito, the symbol of the old capital of the Kingdom of the Due Sicilie. It was built by order of King Carlo III of Bourbon-bent to give the city a new opera house that represented the glitz and the power of his royal power.[charme-gallery]