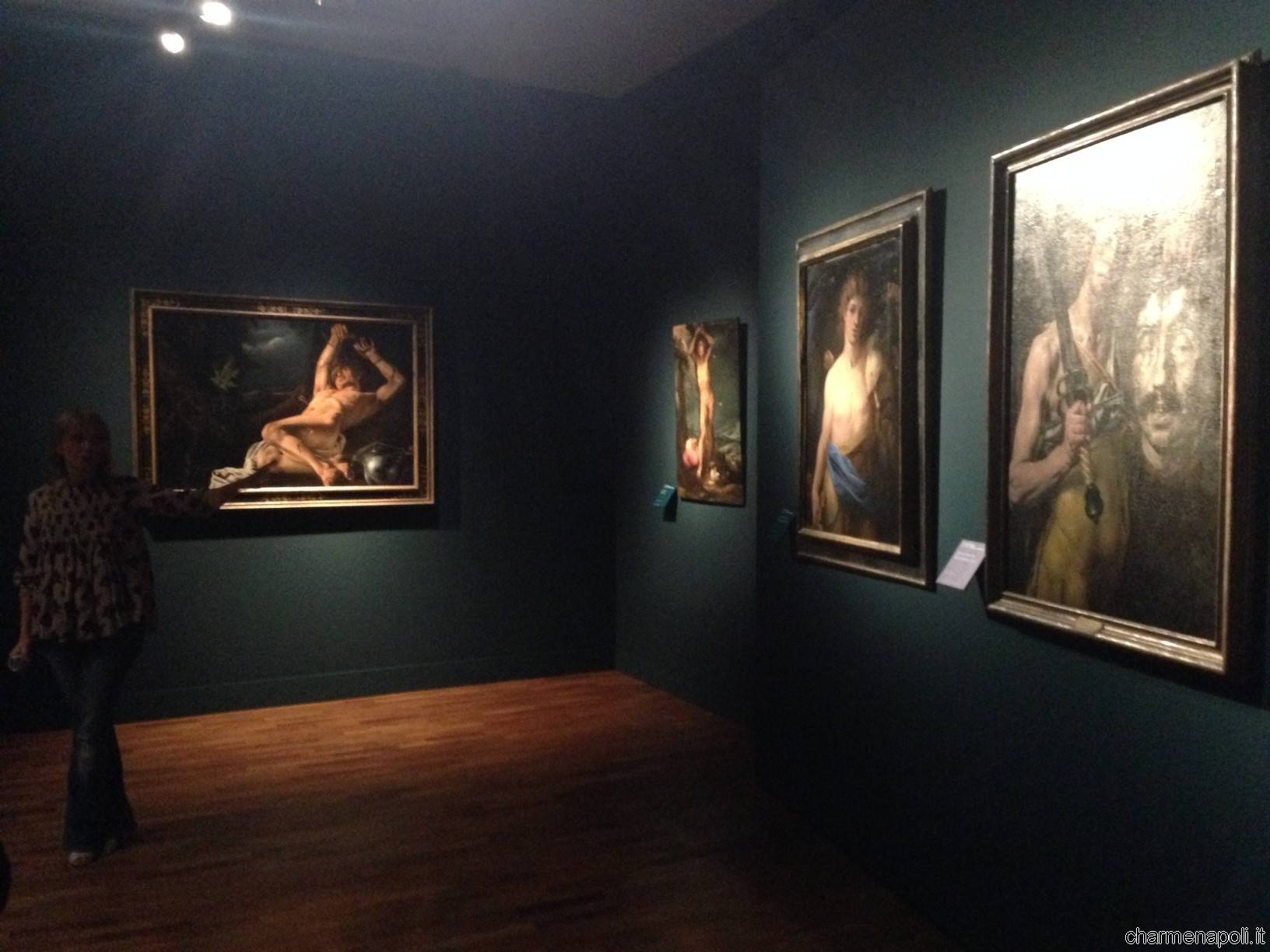 Exceptional opening in via Toledo, in Naples, to the Galleries of Palazzo Zevallos Stigliano  that can be visited even on days 8, 15, 22, 24 and December 26 and January 6. Close, however, advance to 14.00 on December 31, remaining closed on Christmas Day (25 December) and New Year (January 1).
The “Galleries Italy” can accommodate up to 11 January 2015, the exhibition “Caravaggio meets Tanzio Varallo. Painting in Naples in the early seventeenth century” promoted and organized by Intesa Sanpaolo in collaboration with the Superintendence for the Historical, Artistic, Etnoantropologico and for the Museum of the City of Naples and the Palace of Caserta, the Superintendence for the Historical, Anthropological Heritage of Abruzzo and the Association Giovanni Testori.
The exhibition, sponsored by Mibact (Ministry of Cultural Heritage and Activities and the City of Naples, and curated by Maria Cristina Terzaghi, is a tribute to one of the greatest artists of the seventeenth century Italian, Antonio D’Enrico (Alagna valsesia about 1582 – Borgosesia? 1633) better known as Tanzio Varallo.
The exhibition shows the attention of audiences and critics in particular on the short but very fruitful period spent by the Vercelli in the territories of the Viceroyalty (Abruzzi) and Naples, when he came in contact with the genius of Caravaggio and he was forever marked .
“Tanzio Varallo meets Caravaggio. Painting in Naples in the early seventeenth century” also celebrates the figure of Giovanni Testori, in the aftermath of the twentieth anniversary of the death of the intellectual Lombard, first, in 1959 an exhibition dedicated to Tanzio and contributed greatly decisive to affirm the artistic stature of the painter of Alagna.
The exhibition features twenty works: thirteen Tanzio paintings are exhibited alongside works by artists active in Naples and the Viceroy – the “inner circle” of Caravaggio, according to the famous definition of Roberto Longhi – which, as Tanzio, were confronted very soon with painting by Caravaggio: Battistello Caracciolo, Louis Finson, Carlo Sellitto, Filippo Vitale. The same Michelangelo Merisi is represented in the exhibition by the Martyrdom of Saint Ursula (1610), beautiful work on display in the Gallery of Palazzo Zevallos Stigliano.