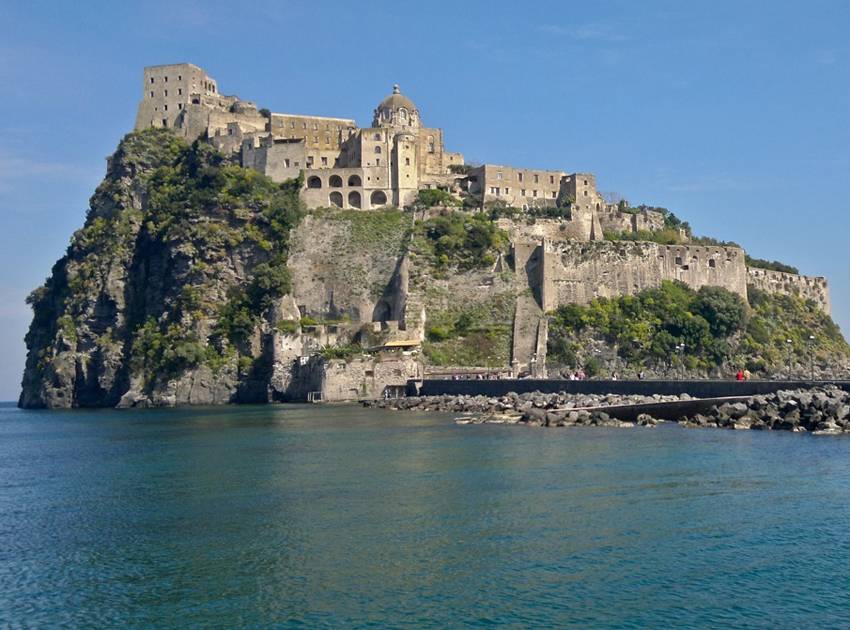 An International Festival of philosophy that would bring the general public to the mother of all disciplines. To restore the centrality of philosophical thinking and the philosopher, seen by most as a dreamer, an individual unrelated to the mass in thinking, talking. It’s called “The Philosophy, the Castle and the Tower” the event that, 24 to 27 September 2015, will transform the Green Island of Ischia in a real “think-open”, eliminating the gap between the experts, enthusiasts and just curious. Scheduled four days of conferences, talks, debates and workshops that will touch three places symbol of the island in the Gulf of Naples: the Castello Aragonese, the sunken city of Aenaria and Guevara Tower. “And symbolically – explains the creator of the event, Raffaele Mirelli – the goal will be to storm the fortress, the common belief linked to prejudice that wants philosophy is something too abstract, a discipline related to leisure and the intellectual elites. And to overcome the difficulties of application of the philosophy in the professional world”. But the challenge of the Ischia International Festival of philosophy in 2015, in line with the vocation of the surrounding territory, is also and above all to tie philosophy to tourism. “We will give it space and voice to the beauties of the most significant sites of Ischia, representing the voice of memory, surpassing the individual sphere to bring it back to the sense of belonging and therefore of ‘common good'”. Among the protagonists even children, which will be dedicated laboratories philosophy, while through the sections of “Feelings in philosophy” students will be asked to explain by philosophers and philosophy emotions, recognizing them. Among the participants: the philosopher and numismatic Swiss Urs Andreas Sommer, author of books for home use practical philosophy as an attitude of life, who will explain how and why it is possible to think of philosophy as a profession; Professor James Conant from University of Chicago, one of the greatest exponents of contemporary philosophy between America and Germany; Andrea Le Moli, associate professor of the History of Philosophy in the Department of Humanities of the University of Palermo, co-editor of the international journal of history and critique of ontology “Epekeina“, president and founder of the CRF – International Center for Philosophical Research; Giuseppe Ferraro, who teaches Moral Philosophy at the University Federico II of Naples, bringing the philosophy among children and in prison. The event is sponsored by the Italian Institute of Philosophical Studies and the University of Palermo. Among the organizers of the International Centre for Philosophical Research of Palermo and the Circle “Georges Sadoul” of Ischia.