Home Culture The Great War is said to Italian Galleries 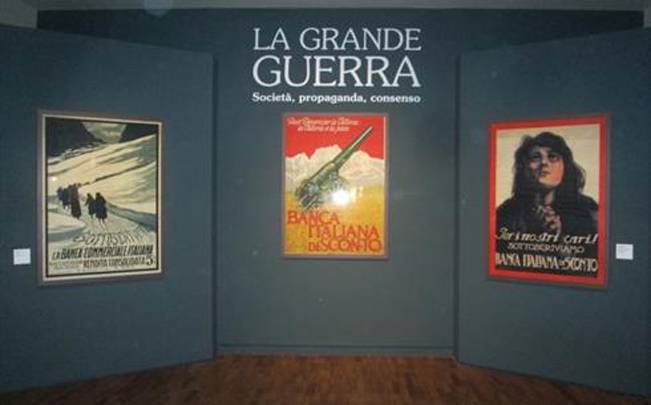 Last days to visit the exhibition “The Great War. Society, propaganda and consent” inserted under the national program of the commemorations for the centenary and organized by Intesa Sanpaolo to galleries Italy, Palazzo Zevallos Stigliano in Naples. The exhibition, in fact, will close its doors Sunday, August 23. The showing recounts the role of propaganda and the social response to it, bringing the viewer into the atmosphere pounding, in the hectic pace and the different visual languages ​​and reports of those turbulent years. The protagonists are therefore not so much the sequence of events of war or political, that are inescapable as scenery, but what you want to hear, the emotions and the actions you want to stir away from the front: the pity, horror, anger, pride, redemption, before and after the defeat of Caporetto, with the new awareness that followed by the entire country. Up to the rescue of Vittorio Veneto. Showcasing the posters of the time – made by artists such as Marcello Dudovich, Achille Luciano Mauzan, Duilio Cambellotti – then used as the main instrument of communication, consensus building and also economic support, through the six national campaigns for loans He was held between 1915 and 1919. An effective means of propaganda then considered cutting edge, and that proved useful to feel cohesive and involved the population, for responsabilizzarla, to warn of impending danger, to convince her to take special precautions or precisely to provide economic support to the country and other kinds of help.

The Great War for Italian Galleries
Palazzo Zevallos Stigliano, Via Toledo 185, Naples
Hours: Tuesday to Friday 10:00 am to 6:00 pm; Saturday and Sunday 10:00 am to 8:00 pm
Information and reservations: toll 800.454229
info@palazzozevallos.com
www.gallerieditalia.com