Home Culture The burning of the Campanile del Carmine 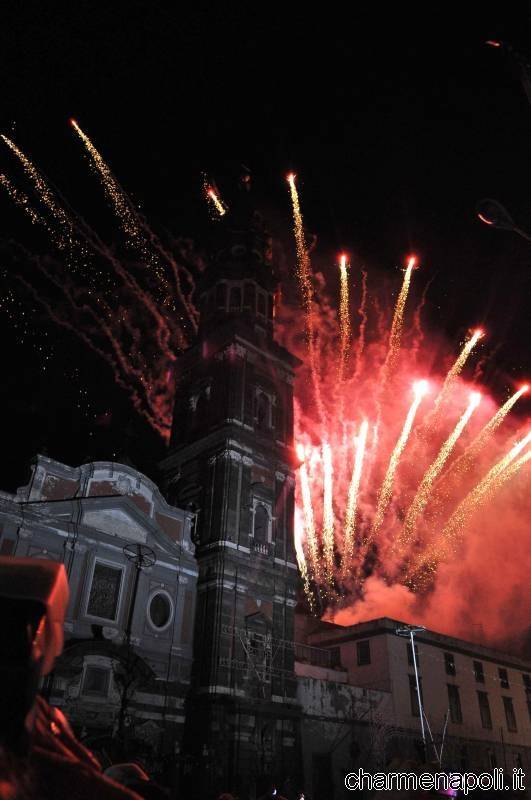 And one of the oldest and most popular celebrations ofNaples. That has existed for centuries, a short walk from the piazza Mercato, the scene of riots and revolt of Masaniello failure of lazzari: the burning of the bell tower of the church of the Carmine. The anniversary falls on July 15, the eve of the feast dedicated to Madonna of  Carmelo, when the basilica founded by the Carmelite Fathers, is illuminated and decorated. And then the bell tower takes fire symbolically, thanks to the cleverly crafted pyrotechnic rows along the building. An ancient rite, still accompanied by the characteristic sound of the tammorre, one of the most renowned in the Neapolitan musical tradition. [charme-gallery]Which begins the epic resistance of the Neapolitans to the terrible pirate raids came from the sea. The fire seems to evoke a custom already known at the time of Masaniello when, a few steps from the church, on the occasion of the feast, the faithful were accustomed to set fire to a wooden castle erected in the square, in memory of ancient battles against the Moors. All this in memory of the miraculous intervention of the Virgin to protect the city from the repeated assaults of the Saracens.[charme-gallery]