Home Culture Ghosts of love in the streets of Naples 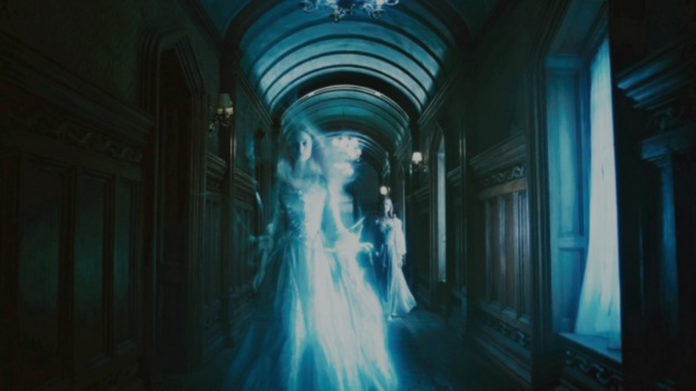 Halfway between legend and history, certain mysterious figures from bygone days live on in the streets of Naples, a city that has always nurtured a fascination for the occult and bizarre goings-on. The city is rife with stories dating back to the distant past that have been handed down from generation to generation and are kept alive by word of mouth.

The 17th century was the Age of Absolutism and the golden age of the Neapolitan baroque, but even that enlightened chapter of history has provided story-tellers with plenty of food for thought. Perhaps the most famous tale is that of Maria d’Avalos, the young bride who was viciously stabbed to death along with her lover Fabrizio Carafa on 17 October 1590. Her husband Carlo Gesulado found them together in Palazzo Sansevero and, without a second thought, ordered his men to kill them both.

Her ghost is said to wander the streets between the house and the obelisk in Piazza San Domenico Maggiore, the wind billowing in her dress and blowing her long hair over her terror-stricken face, her voice lamenting her lost love and her brutal and untimely end. The Baroque Age also witnessed another enthralling story of love, this time in Posillipo on the other side of the city. Anna Carafa, the beautiful wife of the Spanish viceroy Filippo Ramiro Guzman, was the attention of desire of the city’s noblemen, but she was overcome by a fit of jealousy when her Spanish niece Mercede de las Torre won over her lover, Don Gaetano di Casapesenna. Mercede suddenly disappeared without a trace and was never heard of again. Don Gaetano looked for her at home and abroad but it was in vain, and he was later killed in war. In 1644 Guzman returned to Spain, leaving Anna utterly alone and she died a year later. Legend has it that her ghost can sometimes be seen in the rooms of her former home, although many maintain that it is the tormented souls of donna Mercede and don Gaetano who truly haunt the noble residence. ‘Haunted’ is certainly the only word to describe the Sant’Arcangelo a Baiano convent, built by the Anjou dynasty in Naples to give thanks for their victory over the Swabians.

In 1540, four young women were forced to enter the convent but, having already experienced the pleasures of love, they were unwilling to accept this life of denial and repression. Agata Arcamone, the youngest and most beautiful of the four, Giulia Caracciolo and Livia Pignatelli held secret meetings with some noblemen who frequented the ecclesiastical complex in Forcella. Orgies, rivalry and acts of spite and revenge were consumed in the novices’ rooms and the women were punished by the bishop but rumours continued to abound until, one day, some of the young men involved in the scandal were found brutally murdered and two of the nuns and the abbess poisoned. An inquest was unable to discover the truth and the convent closed in 1577.

The other two nuns were never found, although it is said that the tormented spirit of Agata haunts the now abandoned convent. Another legend centres on the Sant’Eligio arch, one of the city’s landmarks and concerns the two stone skulls at the base of the arch beneath the historic clock. Popular tradition claims that, in the mid 16th century, the powerful Duke Antonello Caracciolo fell in love with a maiden named Irene Malarbi but could not win her over, so he had her father imprisoned for a crime he did not commit and would release him only if the girl slept with him.

Apparently Caracciolo succeeded in his plan, but the girl’s family appealed for justice to Isabella of Aragon, daughter of King Ferdinand II. The princess ordered Caracciolo to marry the girl to make up for his misdemeanour and then had him beheaded.