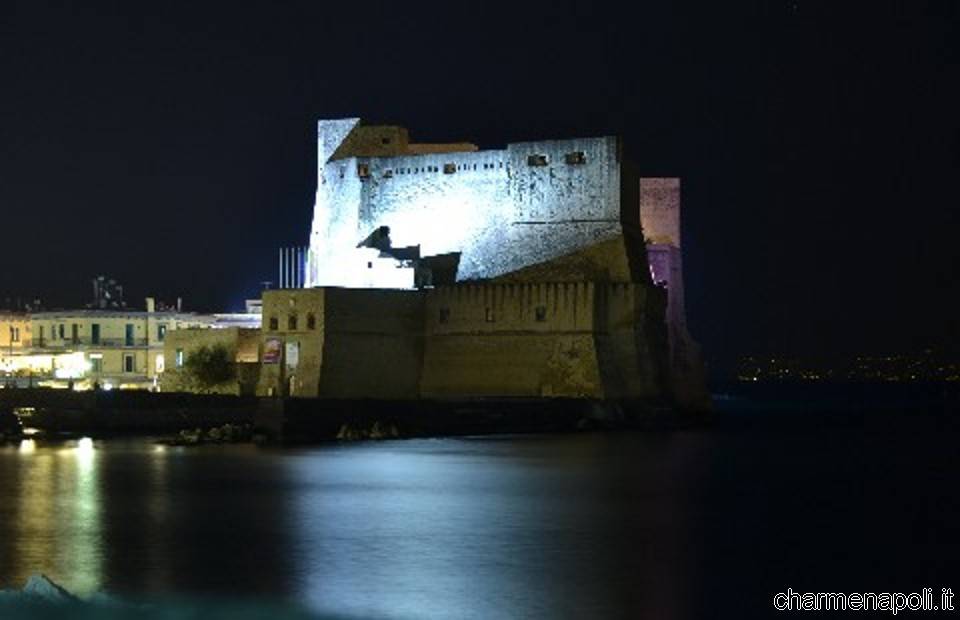 Always Naples is the capital of the moral and iconographic theatrical genre of comedy.
And in the year of the Universal Forum of Cultures, the capital of Campania choose to pay homage to the masterpiece of Dante’s Divine Comedy, setting up an exhibition of paintings in the magical setting of Castel dell ‘Ovo July 18 to 31.
The festival, created by Vanni Rinaldi, among contemporary artists of greater prominence, aims to tackle the world’s great Florentine poet narrandolo in its entirety and complexity, playing in an original three hundred poems and songs that make up the poem, through paintings from which emanates a true visionary sensibility, which passes through echoes surrealistic or informal suggestions and still ranges from “Nouvelle Figuration” at the so-called existential realism. One particular way to convey more than mere “illustrator”, Dante’s universe.

To incorporate the proposed testimony of Dante and universality of the poem of the “Divine Comedy”, there are also other typical moments of artistic creativity that seal and to some extent the “fire” the same soul that any creative impetus: the works of Demet Kisiltas at the same time near and far to the pain and grace that Dante’s work sending and revive the impetus and the power of nature through the magma of the volcano, a focus that is both vital energy and devastating fury.
All this to point out finally as the cultural commitment of artists and poets, with an emphasis on exceptional news of Dante, invites us to reflect, more than ever, on issues and concepts that just because inimitable expression of art and poetry of all time, we are involved in a passionate rethinking of the values ​​of our life and the times in which we live.