Home Culture Parade of stars in Sant’Arpino with Ranieri, Buccirosso and Tognazzi 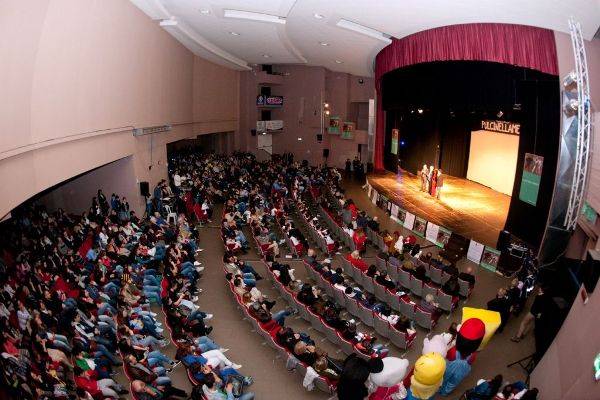 Massimo Ranieri, Peppe Barra, Marisa Laurito, Ricky Tognazzi and Simona Izzo, Carlo Buccirosso, Maria Bolignano, Maurizio Casagrande. These are some of the names on the bill in the new season of the Teatro Lendi of Sant’Arpino, taken as a reference in the theatrical district north of Naples, which features ten shows in subscription (all double in the evening), with three national premieres and four shows out subscription. The program was presented today with a major innovation, the birth of “Teatriamo“, the theater school directed by Giacomo Rizzo, actor of stage and screen, starring, among other experiences, in 2006 of “The Family Friend” by Paolo Sorrentino. A school that shows the growth and increasing openness to the territory of the project’s director Francesco Scarano: “Three years ago – he said – I have started a process with the aim to grow and grow Theatre Lendi more and more, making it one of the landmarks of culture in Campania. Culture, in the face of a loss of values ​​we are seeing and all’imperversare of social networks with their virtual friends, is the only tool that can allow us to recover the beauty of life. “The season subscription opens November 19 (November 20 replicates) with Peppe Barra in “I’ll see you a little while ago.” Out of subscription, Massimo Ranieri in “Dream and i am awake 3” (25 February), Gigi Finizio with his usual concert St. Valentine (14 and February 15), Marisa Laurito in “South and South” (March 4), Antonio Grosso and Lello Radice in “Maradona is meglie ‘e Pele” (March 18).