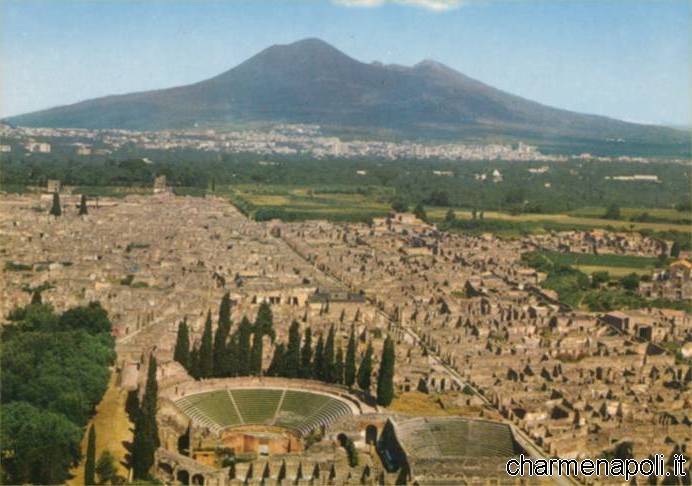 Pompei without secrets. On the occasion of Easter, the city of Pompei is about to reveal to tourists and visitors its monumental spaces most fascinating and hidden. Those usually closed to the public.

Three, in fact, the domus of the site Marian, after several years of closure, will reopen its doors. Eyes wide open and then flash ready to capture the dazzling beauty that you invest when you are at the front of the majestic mansion that was the politician Marco Lucrezio Frontone, one of the villas are considered among the most prestigious of all Pompei, with its fine architectural environments and precious frescoes of the third pompeian style. The domus is undoubtedly a rare view of the historical and cultural center of the archaeological Vesuvius.

But not over here.
The tour through the wonders of the urban … unedited Roman continues with a visit to another historic home, the so-called Romolo and Remo. The building is named after the discovery in the drawing room of a fresco depicting the moment of the birth of the city of Rome featuring the two famous twins along with the wolf.
Unfortunately the painting, following a bombing during the Second World War, is only part of the skirting. And the memory of the ancient masterpiece.

Fortunately, reflecting the beauty of the pictorial cycle of the domus, were recovered panels on which are depicted scenes of animals with the prevalence of the color purple and gray, further decoration of the lush garden that once graced the villa buried by the eruption 79 AD.

Finally, the last threshold to cross is that of the house of Trittolemo, another of the hidden treasures of Pompei, in which stands the altar wall decorated with yellow and red flowers.
And since good news always come to those who wait, the plan to revive the archaeological site Marian promoted by the Minister of Culture Dario Franceschini, provides many other interesting news.

With the arrival of the summer season is scheduled to reopen in fact, even after eleven years, the gates of the domus of the Vettii, in which is stored the atrium with the fresco of Priapus from the large phallus.
In addition, the superintendent of the excavations Massimo Osanna, has also assured that it will soon be finished the restoration of the famous mosaic of the “Cave Canem”, located on the entrance floor of the House of the Tragic Poet.

In short, for once not talking about Pompei only because of the collapses, but also to give some good news: little by little, bit by bit, the excavations go back to being usable.