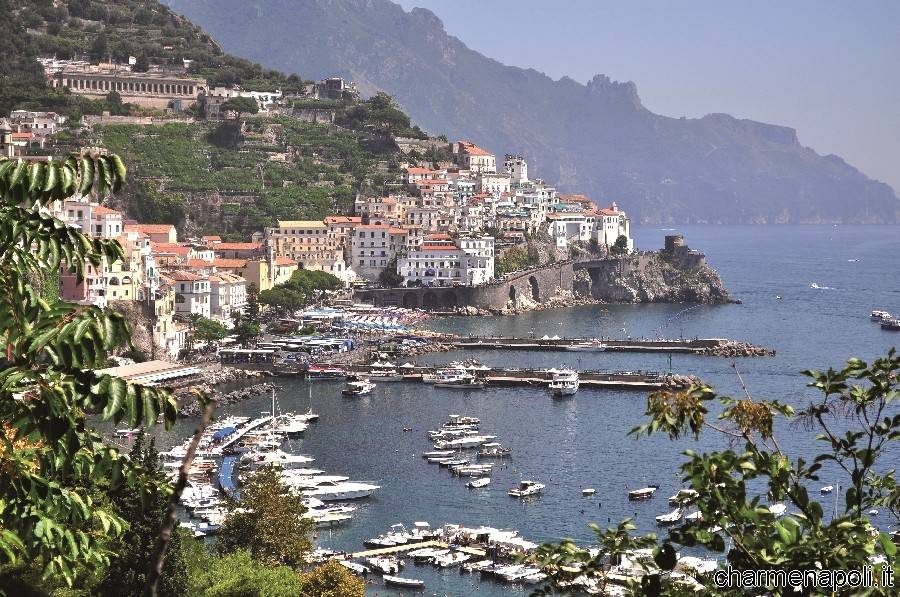 An occasion evoking maritime trade with the Orient and hard fought battles for domination of the Mediterranean, a call to arms for the Maritime Republics of Genoa, Pisa, Venice and Amalfi, fascinating and timeless towns steeped in history and the memory of glory on the crest of the waves. This was the atmosphere in the streets and houses of Amalfi, the oldest Italian maritime town, which finished just ahead of Venice (to fotofinish) to win the 57th Maritime Republics Regatta. The spectacular event was held on the enchanting Amalfi coast against the breathtaking backdrop of Capo Vettica and Monte Aureo, with the Ziro Tower, the former monastery of San Lorenzo del Piano and the San Francesco Tower as silent witnesses of the town’s former splendour.[charme-gallery] And the history of Amalfi, Genoa, Pisa and Venice continues to enthral the world because the deeds of the four Maritime Republics made a major contribution to Italian civilisation. Amalfi has a deep-rooted seafaring tradition, sailing the Mediterranean a thousand years ago in search of trading opportunities and establishing a widespread diplomatic network. In the 9th century, Amalfi was trading throughout southern Italy, Sicily and the ports of North Africa, facing the ever-present danger of Arab pirates, resisting the Longobards and Muslims and providing the world with the first maritime code (the Amalfi Tables). [charme-gallery]This was the spirit of the regatta held on 3 June 2012 (organized in the beautiful Amalfi): evoking former grandeur by rowing into the past. Decked out with the flags and banners of the four Maritime Republics, Amalfi offered a thrilling spectacle combining seafaring traditions, art and tourism, because the competition between Pisa, Venice, Amalfi and Genoa was not fought only at sea but also with a magical historic pageant. Each Maritime Republic marched through the thronging streets to the majestic Amalfi cathedral to commemorate famous episodes and characters from its history, such as the founding of trading posts in the East or the return of intrepid diplomats from their successful missions. A show within the show, started from Trani and then landed in the shadow of the Cathedral, through the streets of the ancient city full of life. However, it also recalled the struggle for maritime domination between the four Republics. In 1137 Amalfi (weakened by a serious flood),was sacked by the Pisans and then annexed into the Norman kingdom of Sicily, and Pisa was defeated by Genoa at the naval battle of Meloria in 1284. Genoa was defeated by the Napoleonic fleet in 1805 and annexed to the Kingdom of Sardinia while Venice was conquered by Napoleon in 1797 and fell under the power of Austria in 1848. Episodes away. [charme-gallery]Episodes shrouded by the mists of time are brought back to life by the historic pageant. Amalfi commemorated the wedding between the son of Duke Manso I and Regale of Salerno in 976. Pisa recalled the heroine Kinzica De’ Sismondi who saved the city from the Arabs. Genoa paid tribute to the deeds of Guglielmo Embriaco while Venice (the strongest of the powers) remembered Catherine Cornaro Queen of Cyprus and her triumph over the Moors. The battle between Amalfi, Genoa, Pisa and Venice is thus not just a celebration of past glories and a sporting event but also a spectacular parade. A review of wonders which this year accompanies the nomination of Amalfi and its beautiful coast for the title of European Capital of Culture.