Home Culture Riccardo Muti returns to his Conservatory. Ready for him the keys of... 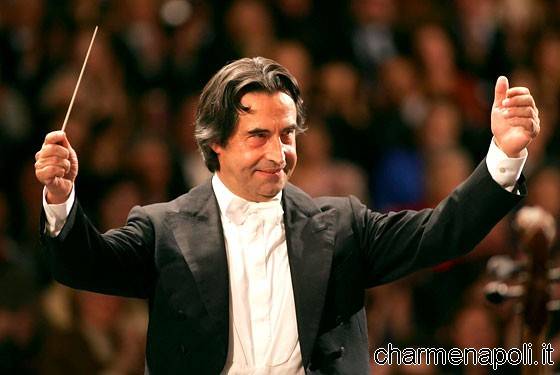 The return in his conservatory, hand over the keys of Naples, his home town, to mark the end of the Forum of Cultures: will be intense day of Maestro Riccardo Muti, Tuesday, December 9. Muti will conduct the youth orchestra “Luigi Cherubini“, in a concert hosted by Scarlatti Hall of the Conservatory San Pietro a Majella, the same where he graduated. scheduled Symphony no. 4 in C minor “Tragic” D 417 by Franz Schubert. At 17 the dress rehearsal will be open to the public while the evening concert will start at 20. And both events can be followed on a large screen in the church of San Pietro a Majella and in the church of San Domenico Maggiore. Muti, who from 2010 is Music Director of the prestigious Chicago Symphony Orchestra, founded in 2004 the Orchestra Cherubini formed by young Italian musicians who are selected by a committee formed by the first parts of the most prestigious European orchestras, under the guidance of the Master, have the opportunity to capitalize on the academic preparation in order to achieve a very high professional level to be able to find, after the limit of three years with the Cherubini, a location in the best orchestras in the world. In these 10 years of the Youth Orchestra, working on a repertoire spanning four centuries of music history, has given concerts starring tour through Europe. Planned occasion the ceremony of “Keys to the City” by the mayor Luigi De Magistris in the presence of the President of the Campania Region Stefano Caldoro and Patron of the Fórum Universal de las Culturas, Jesús María Canga Castaúo.