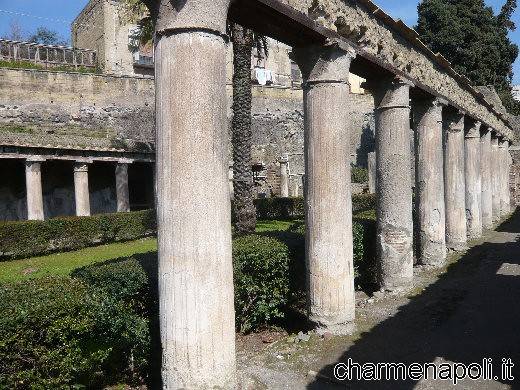 Masaniello, in his madness, he dreamed of joining Naples and Madrid with a bridge. And in the city of Mount Vesuvius troops of the Viceroy built their “houses”, giving rise to the famous Quartieri Spagnoli. In the eighteenth century, Charles III of Bourbon, founder of the famous dynasty, returned independence in Naples transforming the city into a sparkling capital.

He himself, among other things, in 1759, on the death of his brother Ferdinand VI, to succeed him on the throne of Madrid. In short: a very long thread seems to unite the destinies of the two lands – Naples, on the one hand, Spain on the other – that has always seem to get love and harmony.

[charme-gallery]And not just at the time when Megaris was an integral part of the Iberian crown. But even in modern times, as evidenced by the thousands of tourists to Spanish language and culture, which visit the places of art “made in Campania“. And as evidenced above “El Pais” , one of the most important Spanish newspapers, which has decided to entrust the former Culture Minister Cesar Antonio Molina, the task of telling its readers one of the wonders of the Terra Felix: the ruins of Herculaneum.

Molina, who has had the opportunity to visit Naples in his “grand tour” of Italian, in his unusual role as a journalist, it was the author of a report highlighting exciting, as few are able to do , the charm that emanates from places buried from Vesuvius.[charme-gallery]

“After visiting the first part of Herculaneum and continuing along the ancient coastline – writes the former minister – meet the majestic Villa of the Papyri ( … ) that you can see 40 of the 300 meters that made it up. Inside, paintings, statues and papyri and other objects of daily life. After admiring this area, we go to another room with wonderful mosaics some of which are located at the Archaeological Museum of Naples“.

The report then goes on outside of Molina’s rich mansion where “the remains and nature mingle” . “To admire the villa in all its former glory – writes Molina – had to be an extraordinary experience “. And yet , the next day, “by visiting the National Library of Naples and the rooms where are preserved the papyri , the emotion back again” . “The same emotion – terminates the current director of the prestigious Casa del Lector – I raise a young researcher who (…) with a microscope translates a papyrus. What puzzles will bring to light ?”.

Words that evoke the desire for new discoveries and mysteries to be discovered, maybe still hidden in the ashes of the volcano. But even the best business card for a journey to discover the treasures of of San Gennaro and Virgilio earth’s.