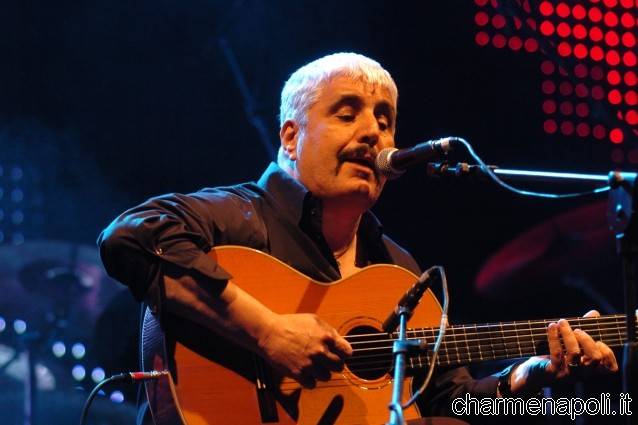 On March 19, Naples remember Pino Daniele in the day when he turned 60. Star will be the music. It starts at the Maschio Angioino with a flash mob in which anyone, “armed” with guitar and voice “even discordant”, will sing the song “Je’m near you.” The flash mob will be preceded, at 11 am in the Sala dei Baroni, from the ceremony to the family of Daniel eleven books with messages of the Neapolitans who went to the Angevin to pay homage to the ashes of the San Lorenzo Maggiore. The day will continue with the liturgical celebration in San Lorenzo Maggiore during which will be played the “Stabat Mater” written by Enzo Avitabile and the evening at 21 concert at the Mediterranean theater of Mostra d’Oltremare, next to his brother Nello Daniele, between others, will take the stage Avitabile, Baccini, Bennato, Toni Cercola, Teresa De Sio, Pietra Montecorvino, Peppe Lanzetta and writer Maurizio De Giovanni. The initiatives are promoted by the City of Naples in collaboration with family Daniele. Lots of music, then. But also moments of recollection that provide, among other things, the delivery of a plaque of the city to Francesco, the youngest son of the Neapolitan singer. A day in which the municipality, the family, but most of the audience will Pino “thank him” for the immense artistic heritage that has left. “Pino – said the brother Nello Daniele – will be remembered always, managed to unite our people and now his audience will make again homage. What remains is the ability to sing his songs. ” In the course of 2015 will not be the only ones, however these initiatives put in place to remember “the man in the blues.” The City – as announced by the mayor of Naples Luigi de Magistris – is working to ensure that by the year you can name a square in Pino Daniele. The commission has identified the place names and the choice of the place will be announced on the occasion of the celebrations of March 19, but it is certain that it will be a square in the old town close to the places where he lived Daniele. “We will ask the exception of the ten years at the Prefect – said de Magistris – and then I formally requested at the top of the airport in order to be entitled to Pino”. The mayor pointed out that in the implementation of the initiatives “yes there is a sense of duty, but everything comes spontaneously, through the impetus of the heart”.