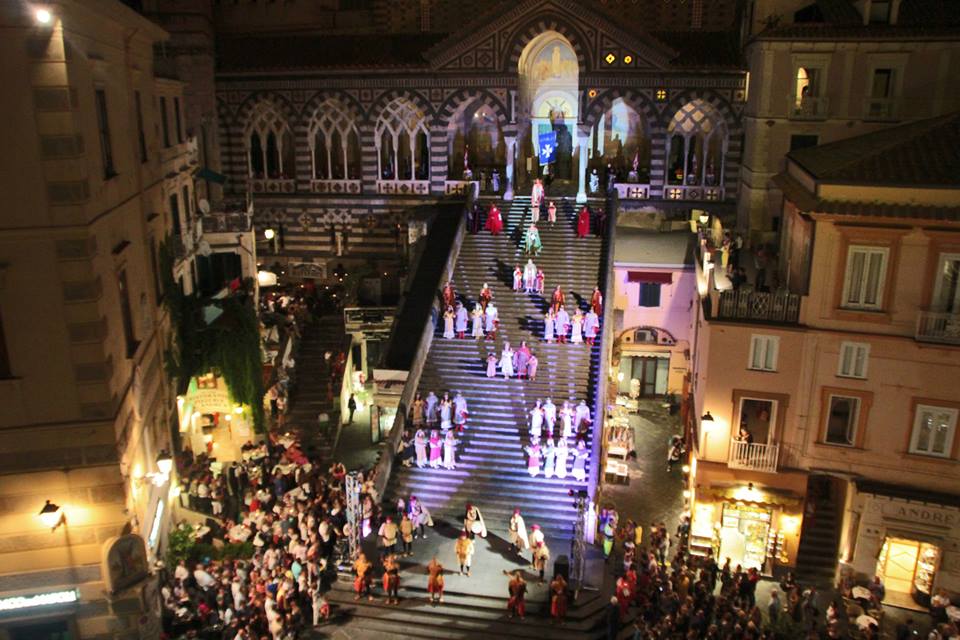 Unreleased songs of Roberto De Simone will be unveiled for the first time tomorrow in Amalfi at the main day of the 2015 Byzantine New Year arrived at the XV edition. The author of “Cat Cinderella” tomorrow at 10:30 am, in the Arsenale will present to his adopted city the new songs that will donate to Amalfi. In the afternoon, at 17.30, he will officially receive his investiture as Magister of Civilization Amalfi. As per tradition the ceremony (which evokes the custom of the Byzantine Empire to start the fiscal year on September 1 and electing local representatives then dukes and mayors in the Angevin period and until the end of the Bourbon kingdom) will be attended authorities and citizens, at the Church of San Salvatore de Birecto in Atrani. The initiative, organized by the City of Amalfi in conjunction with that of Atrani and the Center of Culture and History Amalfi, plans for tonight at 18 a round table with the anthropologist Vincenzo Esposito of the University of Salerno and the teacher musicologist Giuseppe Di Bianco.