Home Routes Ludi Pompeians, the city of ruins wearing the colors of the party 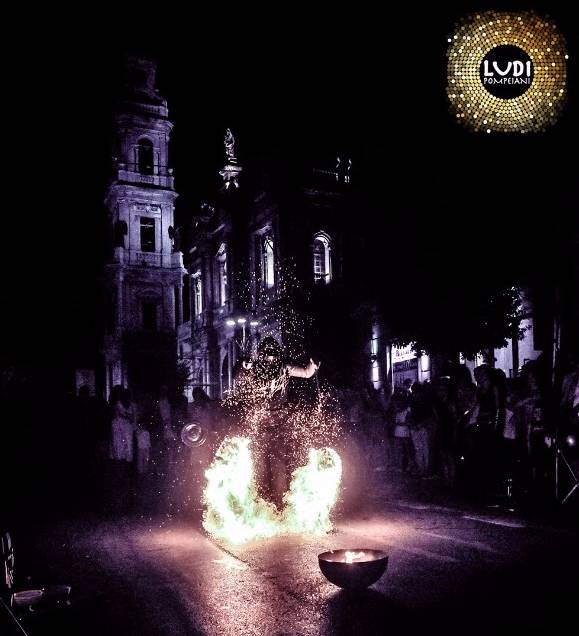 Two days dedicated to the culture, the performances of street artists, educational workshops and a look to the future: this is the Ludi Pompeians, a big party to be held on the streets of the town Marian Saturday 19 and Sunday 20 September 2015. The event, sponsored by the “Pompeii 2033” in collaboration with Magicamentemusical and the City of Pompeii, and entrusted the artistic direction of Alessandro and Francesco Domenico D’Auria, is now in its second edition and promises to be big news for 2015. The event harks back to the traditional Roman Ludi, calendar holidays of ancient Rome, celebrated annually in September since 366 BC The Ludi Pompey, however, are not only historical commemoration, but also contamination of past and present with a vision focused on the future. If the first edition of “Ludi Pompeii” has focused, in fact, purely on the most spectacular, the second will invest in an important way the appearance scientific as well as playful, adding the proposal a training component and increasing the supply of food and wine tours and promotion of the economic citizen. On the evenings of Saturday and Sunday, starting at 20, the streets of downtown will be the location of Vesuvius to the shows and the party: there are performances by street artists (Ludi Circenses), pantomime, theater (Ludi Scaenici), musical and real gladiator fights (Munera).