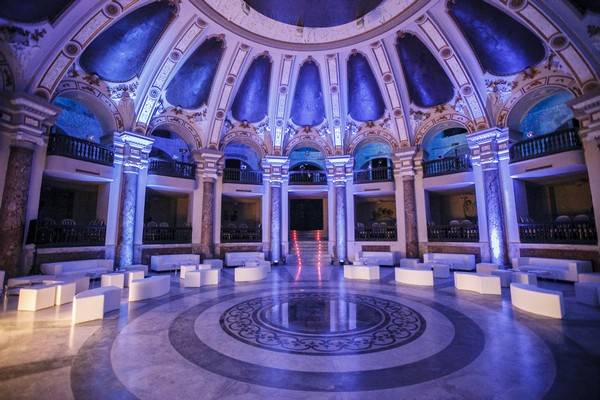 The Salone Margherita of Naples, famous coffee chantant opened in 1890 inside the Galleria Umberto on the model of the Parisian Moulin rouge, returns protagonist. And this time not for shows can-can, but for classical music. The eighteenth edition of “May of the music” suggests, in fact, from April next eighteen concerts, one more than last year, in the historic hall of the Neapolitan culture and entertainment. The artistic director Michele Campanella and the president of the “Friends of the May” Sergio Meomartini ensure that the location of the concert season in 2015 has a sound very suitable for programming. For the opening, April 23, Massimo Quarta and Michele Campanella will perform three sonatas by Ludwig van Beethoven, including the “Spring” and “Kreutzer”. And in May will start a project, along three seasons, dedicated to the integral of chamber works by Johannes Brahms, which will involve in different formations soloists of La Scala Quartet and Sextet Stradivari, Monica Leone, Ettore Causa, and the same Campanella who will play, among other things, the closing concert, June 5, 2017, the day of his seventieth birthday. The artistic director then announced the recital of Roman Kim, the young violinist from Kazakh “new” virtuosity in his debut in Naples, and the return of pianist Irina Kravchenko, winner of the last edition of the contest “The May Piano” that will be replicated Also for 2015 (the call for participation closes on 30 April).