Home News From the underground of Cuma tick a kitchen than 3 thousand years... 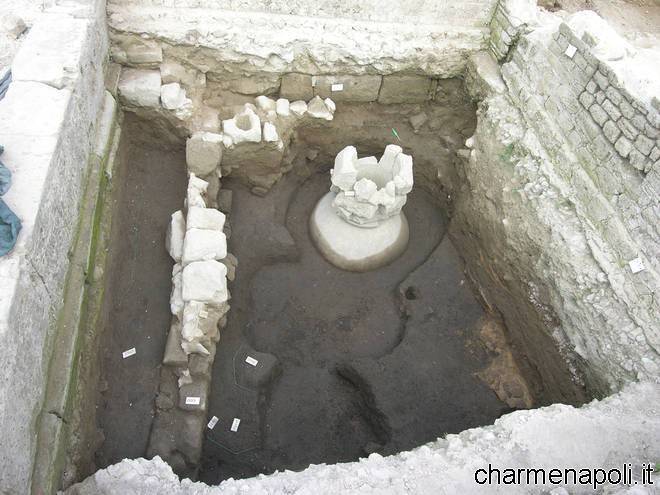 The hearths and domestic vessels used for cooking, eating and also to toast in the ritual of the “Symposium”. Cuma, the oldest Greek colony of the West reveals thanks to an extraordinary excavation University “L’Orientale” of Naples, daily routines , as well as food of a population that was devoted to agriculture but also a lover of venison and fish , and he used as a pot turtle shells . Under the auspices of the Archaeological Superintendence of Naples and Pompeii, the excavation is taking place in the Archaeological Park of Cuma in the lower city, more particularly, in the area between the Forum and the northern walls of the old part, the sector concerned by a continuity of population over time since the founding of the Greek colony until the abandonment of the Roman city (in the early sixth century AD.). Well, just below the Roman settlement in just 3.50 meters deep, are found the remains of about three thousand years ago, including one used as a kitchen environment that preserves a sequence of hearths: the oldest presents a plan refractory made with fragments of pottery in geometric style of the last quarter of the eighth century BC. What remains of dwellings (still intact) of that group of Greeks who, venturing in southern Italy in the mid -eighth century BC, marked the history of the West, among other things, transmitting to the Latin alphabet that would become of great far the most used across the continent.

A real schedule of the entire history of the ancient city, particularly of his daily life: a central district of the city with its streets and homes that return the utensils and domestic pottery. It is a cross-section of the transformations in the way of life and culture of material from the Greek and Roman city . The excavation, directed by Matteo D’cunto, takes place as site-school which provides for the participation of over 100 students of the “Orientale” and other Italian and foreign universities. “We are working – says D’Acunto – with the full involvement of some twenty collaborators, including assistants, specialists , graduates and undergraduates to the monumental project of scientific publication of the complex that the first person in the history of research in Cuma, will offer a diachronic view of his whole life”. The excavation school, has made use of the studies of bio- archeology of Alfredo Carannate, and will reopen in 2014 thanks to the work of the large team of students. “We hope it will soon be visited”, archaeologists say .