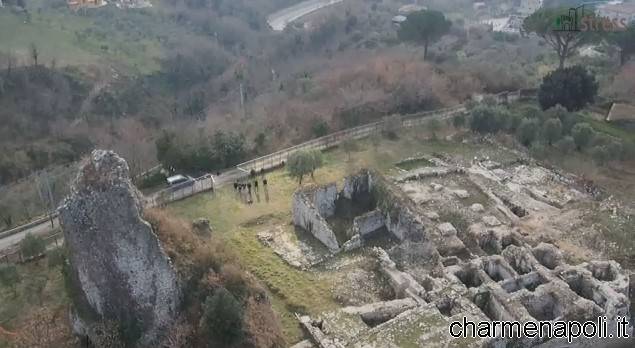 Drones archaeologists working to bring to light the “medieval Pompeii” an entire town of Sannio buried by the terrible earthquake that struck the the Sannio’s region in June of 1688, the eve of Pentecost, and then abandoned. The town is to bring to light Cerreto Old, which is the medieval part of Cerreto Sannita, charming village in province of Benevento, still covered with the rubble of the violent earthquake that razed dozens of villages in Benevento. The rediscovery of the area, which provides ground penetrating radar surveys, laser and video, archaeological excavations and 3D reconstruction, officially announced in July last year, has begun in recent days, with the launch of a drone equipped with a system that has advanced lidar taken to twirl in the sky of Cerreto Sannita to make a virtual reconstruction of the medieval. The initiative is a demonstration of the phases of the project “Provaci” which is the district leader of the “city of the future, Stress”, one of the six districts high-tech region of Campania.

The pilot project covers medieval Cerreto is carried out in collaboration with the municipality of Cerreto Samnite, Second University of Naples, Gal Titerno. As explained by Paolo Mauriello from Institute for Technologies Applied to Cultural Heritage of the National Research Council (CNR), the project includes several phases: the major activities carried out also by means of the drones, the archaeological excavations (driven by the same surveys); the safety of the area and the restoration of the buildings and the cataloging of artifacts and works found. You can also visit the town also “virtually”, thanks to the 3D reconstruction made ​​with new technologies, augmented reality and immersive systems.[charme-gallery]